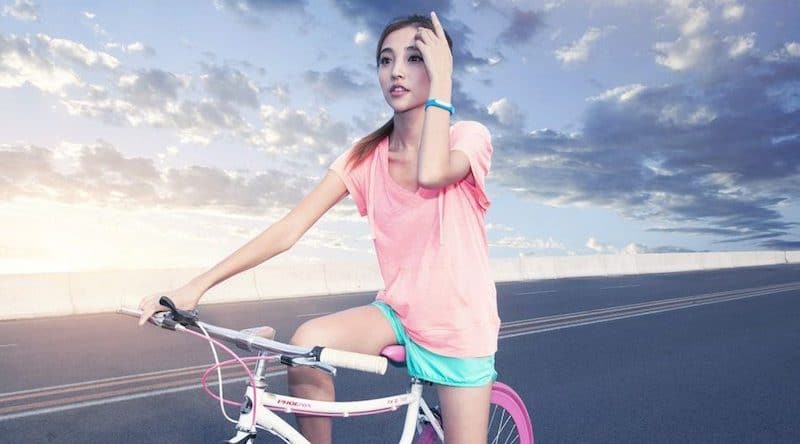 Wearables market penetration in China has nearly doubled in the past two years and is now bigger than in the US.

A new report from eMarketer says by the end of this year 21% of adult internet users in the country, or some 144 million people, will wear a fitness tracker or smartwatch. By comparison, it is estimated that 20.4% adults in the US wear such devices. 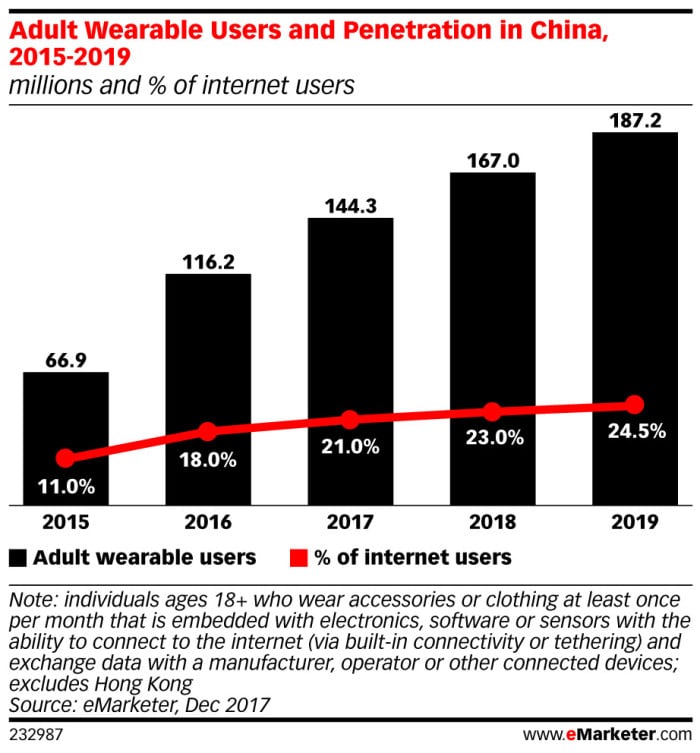 Having already increased from 11% in 2015, it is expected Chinese wearables market penetration will continue to grow. eMarketer says wearables will be worn by almost a quarter, or some 187 million, of Chinese regularly by 2019.

“Wearable devices will continue to experience high growth among those in China,” said Shelleen Shum, senior forecasting analyst at eMarketer.

“Thanks to the availability of inexpensive devices with constantly improving functionalities, coupled with an enthusiasm for new technology among working adults, it is not surprising that the adoption of wearable technology is on the rise in China and will surpass the US in 2017.”

The wearables market in China has experienced triple-digit growth in the past few years. It all kicked off with the launch of Fitbit in the country in 2014. This was further fueled by domestic companies, such as Xiaomi, with its line of inexpensive trackers. Meanwhile, the release of the Apple Watch in 2015 appealed to the rising Chinese middle class, the report adds.