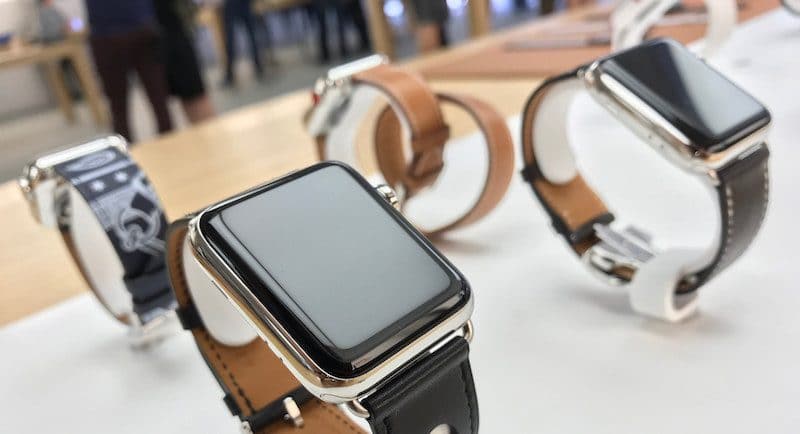 Apple moved past competitors in the final quarter of 2017 to take a commanding lead in wearables sales according to IDC.

The Cupertino outfit sailed past Fitbit and Xiaomi thanks to an uptick in Apple Watch sales. The company moved 8 million units in the holiday quarter, up an incredible 57.5% from the year before. The late-year push separated Apple from the pack to become the overall leader in wearables sales for the full year.

“User tastes have become more sophisticated over the past several quarters and Apple pounced on the demand for cellular connectivity and streaming multimedia. What will bear close observation is how Apple will iterate upon these and how the competition chooses to keep pace.”

Both Fitbit and Xiaomi posted slight declines compared to Q4 in 2016. The former due to lacklustre sales of its Ionic smartwatch, and the later as it is still relying on its aging MiBand 2 band. Fitbit is, however, looking to boost its fortunes with a “mass appeal” smartwatch due out later this year, while there are rumours abound that we will see MiBand 3 soon.

Total volumes of the worldwide market for wearable tech reached a record 37.9 million units in Q4, up 7.7% from the same period in 2016. For the full year, wearable device shipments climbed 10.3% to 115.4 million units.

The double digit growth rate in 2017 actually represents a decline from the year before, which saw an increase of 27.3%. IDC notes that this is the result of some vendors exiting the market.

“The slowdown is not due to a lack of interest – far from it. Instead, we saw numerous vendors, relying on older models, exit the market altogether,” Llamas said, adding that

“The next generation of wearables will make the ones we saw as recently as 2016 look quaint.”