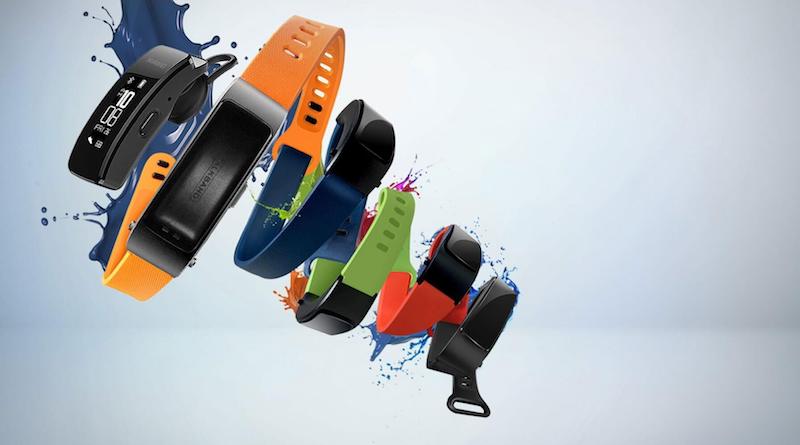 Huawei has not given up on its idea to combine a fitness band with a pop-out Bluetooth headset. While it has been quite some time since the release of the TalkBand B3, a successor is on the way. Huawei has just announced through its page on the Weibo site that TalkBand B5 will be launched on July 18th, 2018.

The original concept appears on Huawei’s TalkBand B1 back in 2014. This wasn’t your typical wearable. Rather it was a strange contraption with a Bluetooth headset that fits neatly inside a fitness band. Why I hear you ask? Well to make telephone calls with whilst you’re on the move, of course.

As well as tracking your activity, you could also talk to someone with the appropriately named TalkBand. The OLED 1.4” screen is detachable from the band itself using the simple quick release button. This is the part of the wearable that transforms into a single-ear Bluetooth headset.

Now its clear Huawei is still flirting with the idea. The first leak came from Venture Beat tech journalist Evan Blass, a well known industry insider. He’s tweeted a pic of TalkBand B5 to prove it. 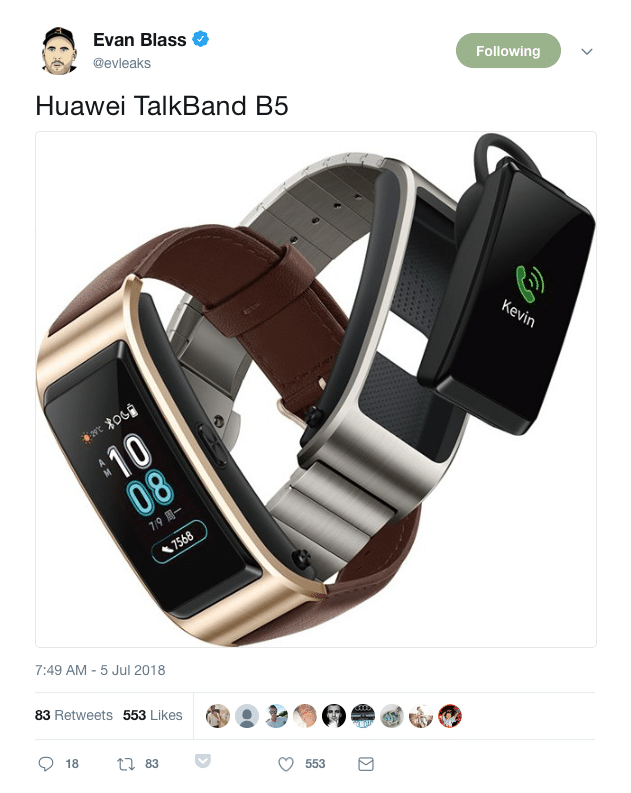 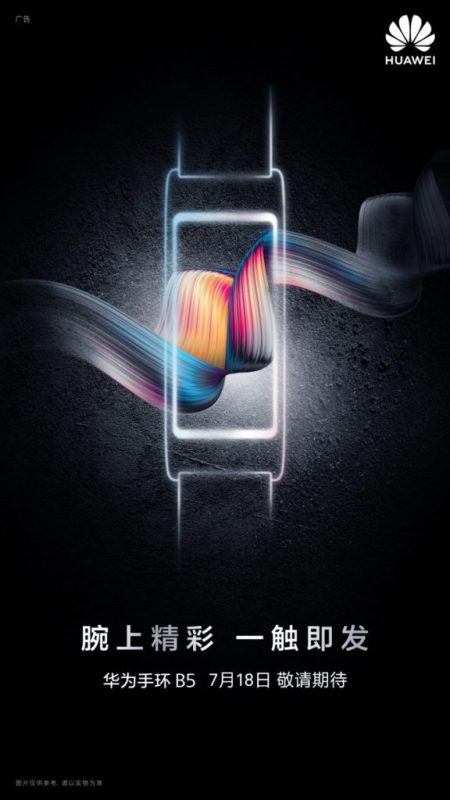 Unfortunately no specs were leaked, but the band very much resembles the TalkBand B3 which was released two years ago. The keen eye will only spot slight design tweaks such as a larger OLED screen. If the image is anything to go by, there will be two variants of the wearable – one with brown leather and a gold-hued frame for the fitness tracking module, and a silver metal one. The core itself is black in both cases.

Presumably Huawei has made some improvements on the internals, even if the band looks almost the same. In case you’re wondering why there is no B4, Huawei has skipped over the number for superstition’s sake. The number four is considered to be an unlucky in China because 四 sounds similar to 死 (sǐ), which translates into “death”.

The 2 in 1 wearable will land in a week’s time alongside the Nova 3 smartphone. The launch event will be held at 9AM local time at the Shenzhen Universiade Stadium in China.