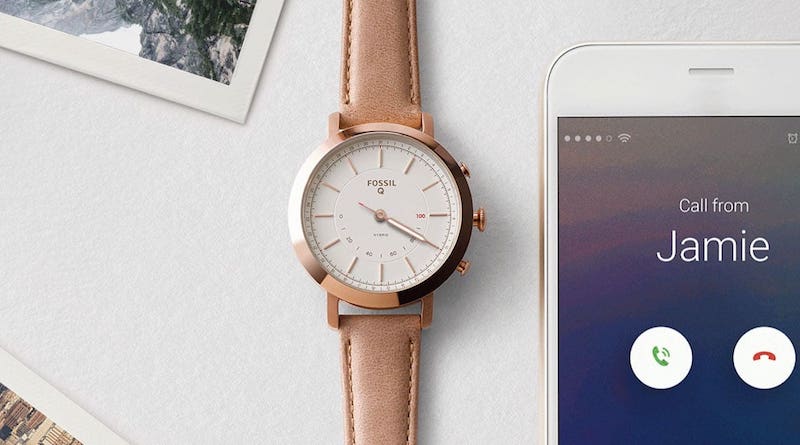 Fossil Group may have over 300 wearables under its belt but it has no intention on stopping there. It has come to light the company has at least three new smartwatches that are close to release.

Two out of the three new smartwatches were spotted in an FCC filing a few weeks ago. The devices are listed under the names DW9F1 (Q Sport 41) and DW9F2 (Q Sport 43). These could be two smartwatches or different variants of the same device.

Both timepieces will run on Google Wear OS. The FCC listing also reveals the watches will have Wi-Fi 802.11 b/g/n, Bluetooth and NFC. The last on this list allows for on-wrist payments with Google Pay, a feature not commonly available on Fossil’s previous generation.

In addition to the two new models, a third smartwatch was spotted by mysmartprice.com. The device goes under an entirely different codename ‘DW9B1’, so its probably a separate smartwatch and not an iteration of the other two. The mystery watch appears, along with the two other models, on Launch Studio Bluetooth. The listing, which was published on October 5th, can be viewed on this link. Unfortunately there is no further info on specs.

Fossil Group has already started releasing what it calls its 4th Generation models across its various brands. This includes the Falster 2, Diesel On Full Guard 2.5, Q Explorist HR, Q Venture HR, as well as the Michael Kors Access Runway. In addition to everything from the previous generation models, all these devices feature a heart rate sensor, GPS, NFC and water-resistance of at least 3 ATM.

It is very likely the new Fossil timepieces will inherit this same 4th Generation technology. Lets hope the watches also get decent battery life, as this has long been a a sticking point of Wear OS devices. This will be made all the more easier if the company slaps on Qualcomm’s Snapdragon Wear 3100. The new chip has been designed from the ground up to give Android watches a battery boost.