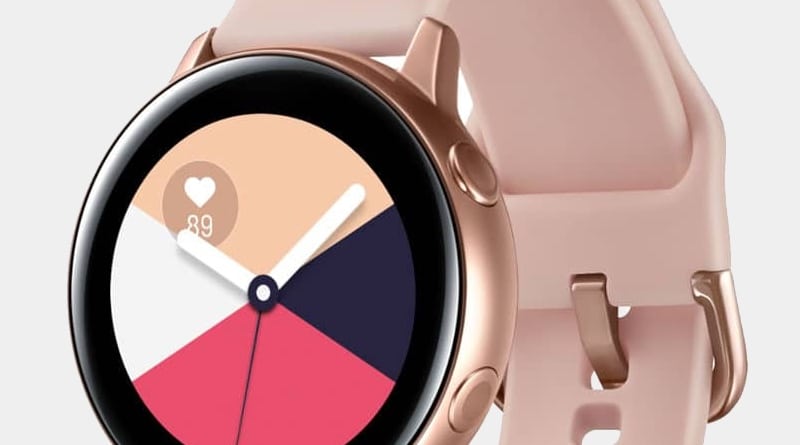 We didn’t have to wait very long for another leak of the Samsung Galaxy Sport. Hot on the heels of the 91mobile render from two days ago, we now have some more images of the upcoming smartwatch.

These arrive courtesy of TigerMobiles. We saw the gray variant earlier this week, but these renders show three additional color variants including black, teal blue and pink gold.

The website does not reveal where they obtained the pics apart from saying the renders are “sourced reliably”. The fact that these images are pretty much identical to the renders released a few days ago would imply they may be genuine.

The lack of the bezels on the side is clear which means Samsung is opting to move away from the rotating bezel. The recessed side buttons look slicker than on Gear Sport and are more rounded in shape.

Unfortunately, again we have no actual details on specs. But there are a few more clues.

As the watch is being developed under the codename ‘Pulse’, this led to speculation that it may offer ECG or blood pressure monitoring. The latest renders don’t show any of that, with the screen faces displaying the standard steps and heart-rate we have grown so accustomed to seeing.

Other than that, we’re expecting 4GB of internal storage, NFC for contactless payments and the Tizen operating system. The smartwatch with also be first to sport the Samsung Bixby Reminders feature.

If you take a closer look at the three renders, two of them show February 20th as the date on the watch-face. This is when Samsung is holding its Unpacked press event. Which means, there’s more than a good chance Galaxy Sport will get an official reveal in a couple of weeks time.