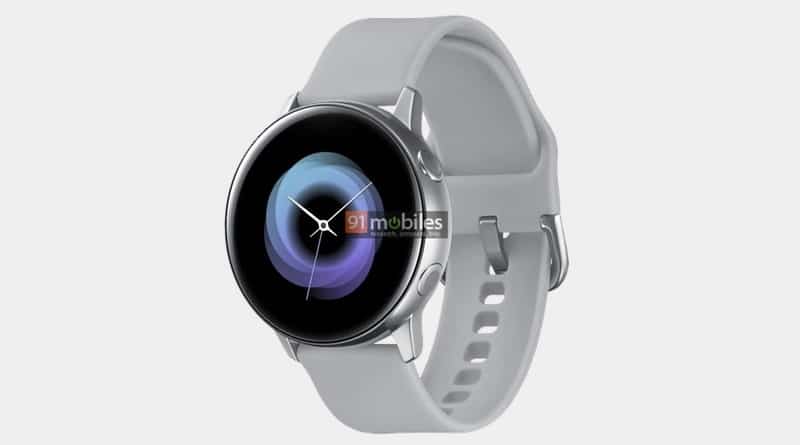 Another leaked render has emerged of the upcoming Samsung Galaxy Sport. This one is the clearest yet.

The render comes from the folks over at 91mobiles. Not all too different from the one leaked last month, the pic shows a slick looking watch with a smooth bezel. Therefore, unlike its predecessor, Galaxy Sport may come without a rotating bezel.

Once again, there are two buttons on the right but these are round in shape versus the more rectangular buttons on Gear Sport. The dial itself appears to have a brushed metallic finish in chrome colour which extends to the buckle. The strap looks to be made of silicone which is what you’d expect for a fitness-focused watch.

We also know that the timepiece comes 4GB of internal storage, NFC for contactless payments and also runs the Tizen operating system. It will reportedly be the first smartwatch with Samsung’s Bixby Reminders feature.

Other than that, it’s safe to assume it will come with performance upgrades and perhaps a boost in battery life. The current version runs up to 4 days / 4 hours of continuous GPS operation. LTE connectivity is unlikely considering this is a sports watch, but different sizes may be on the cards as Gear Sport only comes in the 1.2 inch screen version.

The device is pretty much a certainty as it has recently been cleared by the FCC. No clues yet on a potential release date but the February 20th Samsung Unpacked press event seems like a good candidate. Further leaks are bound to come as the date approaches, so stay tuned.

Samsung is also gearing up to launch the Galaxy Fit and Fit e fitness trackers. The fitness bracelets will be updated versions of the popular Gear Fit2.