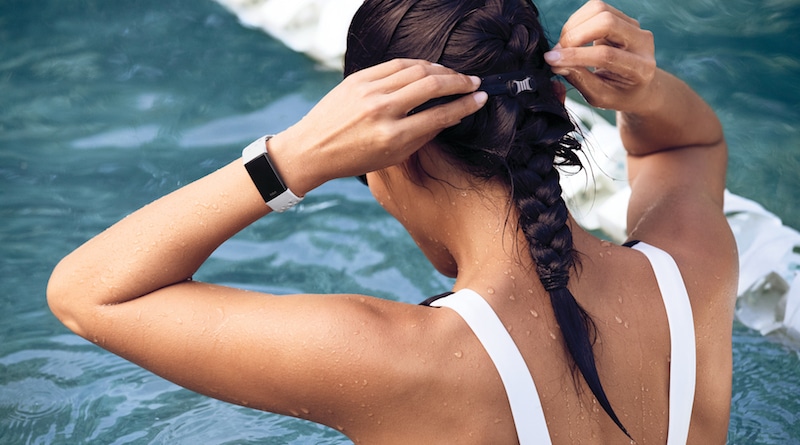 If you really want to purchase a waterproof Fitbit, there are more and more options out there. This includes fitness trackers and smartwatches that have been made H2O friendly by the manufacturer, as well as some third-party solutions.

Fitbit was one of the early pioneers in the fitness-tracker game, but one thing it shied away from in the early years was waterproofing. Until the Flex 2 that is. Announced in 2016, the band is very slim and lightweight, and the first one you could swim with.

Its features, though, are fairly standard and cover only the basics. This means the tracker keeps tabs on your steps, distance, calories, active minutes and hourly activity. You also get automatic exercise tracking for running, sports and aerobic workouts and personalised weekly exercise goals. Notifications are part of the package too, but heart rate monitoring isn’t.

Fitbit followed this up with two smartwatches, the Ionic in late 2017 and Versa early last year. Apart from the GPS on the Ionic and the more sleek and subtle look of Versa, the two are pretty much identical.

On each you’ll get the full gamut of what Fitbit has to offer in terms of fitness tracking, in addition to notifications and 2.5GB on-board storage for music (enough to store up to 300 songs). This means they can function as mini iPods if you take the time and effort to set them up. They can also run third-party apps from the proprietary app store and come with Fitbit Pay contactless payments. Most importantly, just like the Flex 2, Versa and Ionic are water resistant down to 50 meters (5 ATM) and they’ll track you swim sessions, too.

To round things off Fitbit released an update to its most popular fitness band in September 2018. Charge 3 is pretty much a smartwatch disguised as a fitness tracker. It comes with a better screen, 7 days battery life, smart features, an SpO2 sensor and more. And yes, water-proofing is there as well.

If you think the list of options is over, think again. Last week the company announced Versa Lite, Inspire and Inspire HR.

The first is a stripped back, less expensive version of Versa. Water resistance is still part of the package, but unlike its big brother Lite doesn’t have lap-tracking during swim workouts.

Inspire and Inspire HR consolidate the company’s fitness tracker line and replace the Alta, Alta HR, Flex 2, and much older Zip and One trackers. Both have a 5 ATM water-resistance rating.

There are other options out there if you are dead-set on purchasing (or already own) one of the older Fitbit’s and water-resistance is a must. One of the more interesting ones comes from an outfit called Waterfi. Established in 2010, the San Diego based company is all about waterproofing electronics. This includes anything from fitness trackers to headphones, iPods and Kindles. What started as a one man outfit working out of his apartment, has now grown to a collection of nineteen staff.

Waterfi uses something they call PlatinumX Waterproofing Technology. What this does is it applies a proprietary substance that completely protects a device and forms an insulating barrier around all of the sensitive electronics. This barrier guards the device from exposure to threatening elements such as chlorine, salt water, sweat, and shock.

The company has applied this technology to some of Fitbit’s older models such as the Alta HR. What you essentially get is a Fitbit that is water-resistant down to 25 feet underwater (IPX8 compliant).

Essential reading: Head off to the pool with one of these gadgets

Now you can really wear your fitness tracker 24/7. Leave it on when you take a shower or bath, or go for a swim. It will still not track your laps in the pool, but at least water (down to the prescribed level), will not harm the electronics inside. The only issue that you might encounter is that because the altimeter is sealed it may not give an accurate count of floors.

We suggest though that you opt for a Fitbit that has been designed from the outset to be waterproof. As mentioned you now have quite a few options including the Flex 2, Ionic, Versa, Versa Lite, Charge 3, Inspire and Inspire HR.