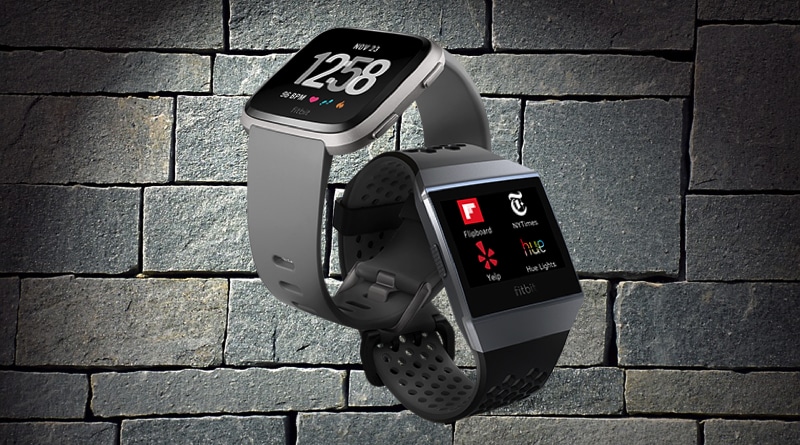 Now that Versa is officially out Fitbit has not one but two smartwatches for you to choose from. This is in addition to around a dozen fitness bands.

Once the dominant force, the San Francisco wearables manufacturer has been losing market share. Its recent innovation, the Ionic, was released back in October to a lukewarm response. James Park, Fitbit’s CEO, has hinted that investors can expect a more “mass appeal” smartwatch in 2018, and now its here.

Just like the Ionic, Versa is a fitness-watch first, smartwatch second. It dishes up many of the same features, as well as some new ones. So which one should you go for? Here is a run-down that will help you decide.

Versa is the replacement to the Blaze. And the two couldn’t be more different when it comes to design. The new device has a much more modern wrapper than its predecessor. While perfectly functional, the octagon-shaped case of the Blaze now looks very retro.

When we first caught a glimpse of Fitbit’s first smartwatch, the Ionic, we weren’t too impressed with its blocky design. Versa, on the other hand, is a timepiece that more closely resembles the Apple Watch or Pebble Time. The influence of the Pebble acquisition is clearly becoming more evident, both in design and software. With its rounded edges, Versa is smaller, slightly thinner and lighter (38 grams versus 50 grams) than the Ionic which should appeal to the female demographic.

In terms of similarities, both smartwatches are built from strong and lightweight 6000 series aerospace-grade aluminium. There are three physical buttons on the sides, one on the left and two on the right. In combination with the touch-screen, this allows you to navigate through the display.

To compete with the Apple watch, Fitbit has gone with increased pixels and amplified brightness up to 1,000 nits. This is as good as it gets in terms of display quality at the moment and even outperforms some smartphones.

Under the hood, there is little to separate the two. Both watches have a 3-axis accelerometer, 3-axis gyroscope, optical heart rate monitor, altimeter, ambient light sensor, vibration motor, wi-Fi antenna (802.11 b/g/n) and NFC (some versions).

In addition to this, Ionic comes with a built-in GPS sensor, and this is an important difference to be aware of. The GPS provides more precise data on pace and distance and allows you to leave your phone behind when exercising outdoors. Versa doesn’t have this so needs your phone to be in close vicinity, as it taps into its GPS readings.

The smartwatches also come with something the company calls a relative SpO2 sensor. This measures blood oxygen levels and could be used to identify sleep apnea in the future, although we have yet to see it put to good use.

Battery life is important. You certainly do not want to be charging your smartwatch every night. And the two do not disappoint on this measure.

The watches have a rechargeable Lithium battery with a similar battery life. Ionic’s chunkier design allows it to squeeze 5 days of use on a single charge, which comes right down to 10 hours with GPS switched on. Versa will run for around 4 days. Not bad.

When it comes to waterproofing, its clear the company has learned how to make its wearables H2O friendly. Both timepieces have fantastic 5 ATM (50 meter) water-resistance and will track your swim sessions, too.

The heart rate monitor still stores data at 1 second intervals during exercise tracking and at 5 second intervals all other times. The quality of readings have been upgraded too, as compared to its fitness tracker range. So much so that Fitbit says it may be used in the future to help determine atrial fibrillation.

In the spring, Fitbit will come out with its new Female Health Tracking feature. This will allow women to see how their periods impact different aspects of their lives, everything from sleep to activity levels. Because they run the same operating system, both watches will have this functionality.

As mentioned, the Ionic is also capable of true phone-free exercising thanks to its built-in GPS. You will need to rely on GPS on your phone to see real-time stats like pace and distance and record a map of your route on Versa.

In addition to notifications, when it comes to non-fitness functions both of these devices have 2.5GB on-board storage for music (enough to store up to 300 songs). This means they can function as mini iPods if you take the time and effort to set them up. They can also run third-party apps from its proprietary app store, come with Fitbit Pay contactless payments.

Ionic and Versa are two very similar animals – they are both fitness-watch first, smartwatch second. If you’re after something to track your health and activity around the clock, they are pretty much neck-and-neck in terms of what they provide.

Having said that, there are a few differences you should be aware of. The main one is that Ionic comes with built-in GPS, whereas Versa only has connected GPS. Because of this feature, Ionic retails for about a third more than Versa which is a pretty significant price gap. If you are not an avid runner the built-in GPS is probably not going to make too much of a difference to you.

Another important difference is in design. While both come with a beautiful, high-res screen, most would agree that Versa sports a more premium look. Its more rounded, smaller, slightly thinner and lighter. Both watches are water-resistant and will track your swim sessions too, but Ionic sports slightly larger battery life (5 days versus 4 on the Versa).

The non-fitness features are the same. Which means you get on-board storage for music for up to 300 songs, NFC payments and the identical app store.

If you are after 24/7 fitness tracking, either of these devices will do. They both cover the basics, and come with the same great, simple to use app and social features. With its softer profile, Versa might appeal more to the female demographic. If you are a runner and don’t mind the bump in price and physical size, you might appreciate Ionic’s built-in GPS.