Apple is on a mission to transform its smartwatch into a must have health device. According to CNBC, asthma monitoring may be the next stop on this journey.

The Cupertino outfit has slapped all kinds of health related features to its Apple Watch. Series 4 saw the launch of an ECG feature making it the first direct-to-consumer product that enables users to take an electrocardiogram right from their wrist.

According to the report, the company has recently acquired Tueo Health for an undisclosed amount. Linkedin profiles of Tueo’s CEO and co-founder Bronwyn Harris and COO Anura Patil were changed in late 2018 to show they are working for Apple. It is therefore likely, the transition occurred late last year.

Theo Health is a small startup which has been developing products to help parents monitor asthma in children. Their system works by connecting a smartphone app to commercially-available breathing sensors. The app sends alerts to parents if their child’s breathing changes at night.

Asthma is a chronic disease that affects about 1 in 13 people in the US. This equates to some 26 million Americans or 8.3% of the population. Those with the condition suffer from inflamed airways. When something triggers the symptoms, airways become narrow and swollen and produce extra mucus.

There’s obviously a big market for this sort of functionality. Exactly how (and if) Apple plans on integrating Tueo Health features into future products remains to be seen.

The company is also preparing some new health related features as part of watchOS 6. Apparently, we can look forward to a stand-alone app store and new apps, complications and watch-faces. The health upgrades will see the launch of a menstrual cycle tracking app called Cycles and a pill reminder app called Dose.

Apple is expected to announce the new functionality at its annual developers conference on June 3. 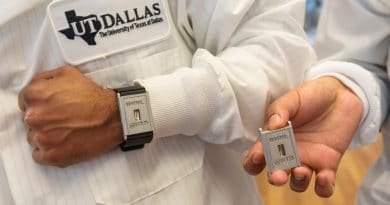 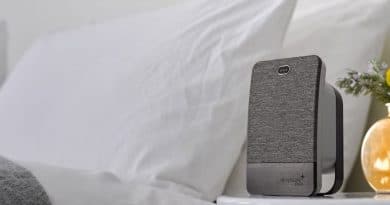 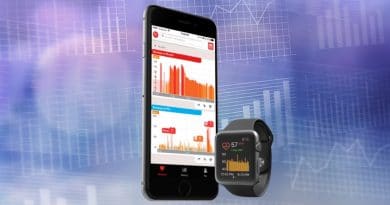