It has been a long time in the making but code found in leaked iOS14 reveals watchOS 7 will finally bring native sleep tracking. Other features to come include parental controls and more watch face options.

It seems blood oxygen saturation tracking is not the only new health feature in watchOS 7. The eagle eyed folks over at 9to5Mac have discovered code in leaked iOS14 snippets that point to a new sleep tracking feature.

Currently, there is no native sleep tracking app on the pple Watch but users can utilise one of a number third party options. The other solution are standalone devices or one of the rival companies’ fitness bands and smartwatches.

The Cupertino outfit has opted to leave out the functionality due to poor battery life. Many users still opt to charge their watches overnight. It remains yet to be seen if this means the Series 6 will be able to run longer on a single charge.

This is not the first leak pointing to a new sleep feature. An image was spotted in the App Store late last year for an Alarms app that includes a reference to a Sleep app. The picture has since been changed but not before someone captured a screen-shot. Apparently, users will be able to set up sleep goals in the Health app, and the software will spit out recommendations for improving nightly rest.

Each and every iteration of Apple’s smartwatch operating system has come with new watch faces and customisation options. watchOS 7 is no different.

According to the leak, users will be able to share specific watch faces utilising the share sheet from the Watch app with methods such as AirDrop. They’ll also be able to tweak existing watch faces with a choice of colours, styles and complications.

WatchOS 6 brought two Infograph watch faces. A new one will be added that has the addition of a tachymeter. What’s that you ask? It is a mechanism that is used to compute speed and distance. This is often found as a bezel scale on chronograph watches.

The last tweak to come in this category will be the ability to use shared photos to create a personalised watch face. This is in addition to existing sources which include individual photos and group of photos from albums. Shared albums allow multiple users to access and contribute to the collection.

WatchOS 7 will add something for concerned parents. The functionality will be accessible from their own phones. This will include features such as managing contacts and available music on their kids smartwatch. Parents will also be able to choose which apps and complications can be used during specific hours. This last feature is called Schooltime.

The Control Centre will come with new toggles for sleep mode and noise detection. Also, apps will no longer be based on extensions. The architecture is a left over from when you needed an iPhone to install apps on the watch. Since watchOS 6, users are able to install apps directly without a smartphone.

To emphasise, this is all based on snippets found in the current version of the iOS14 code. So while likely, it is not 100% certain everything will make it to public release. We will know for sure when watchOS 7 is unveiled between June 3 and 7. This is when Apple’s Worldwide Developers Conference in San Jose, California takes place.

Origin: A mechanical self-winding watch with a smart band 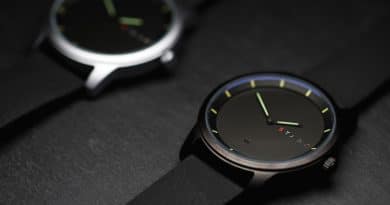 Stark: a hybrid smartwatch for those on a budget 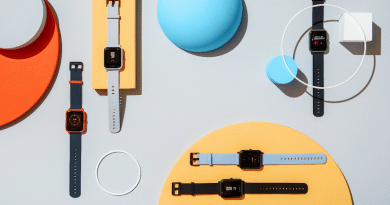