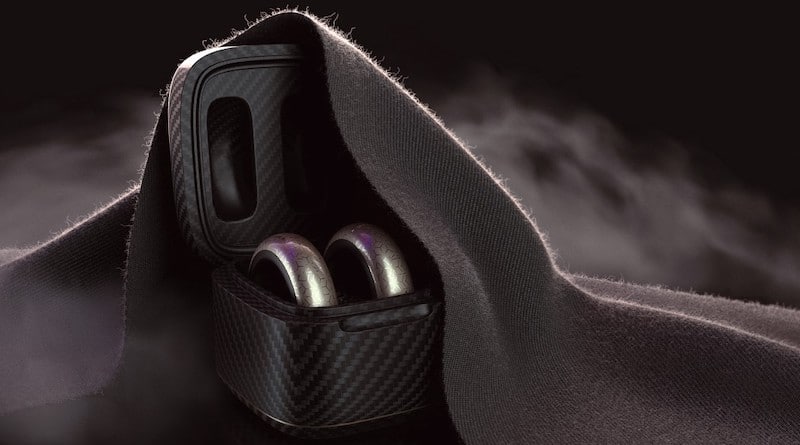 Mettis Ring is a smart toe-ring concept for women that includes fitness and health tracking features as per Vedic scriptures, the oldest scriptures of Hinduism.

Let’s make this abundantly clear at the outset so there’s no confusion. These rings doesn’t actually exist. But this is an interesting design that we hope to see in a real-world product one day. 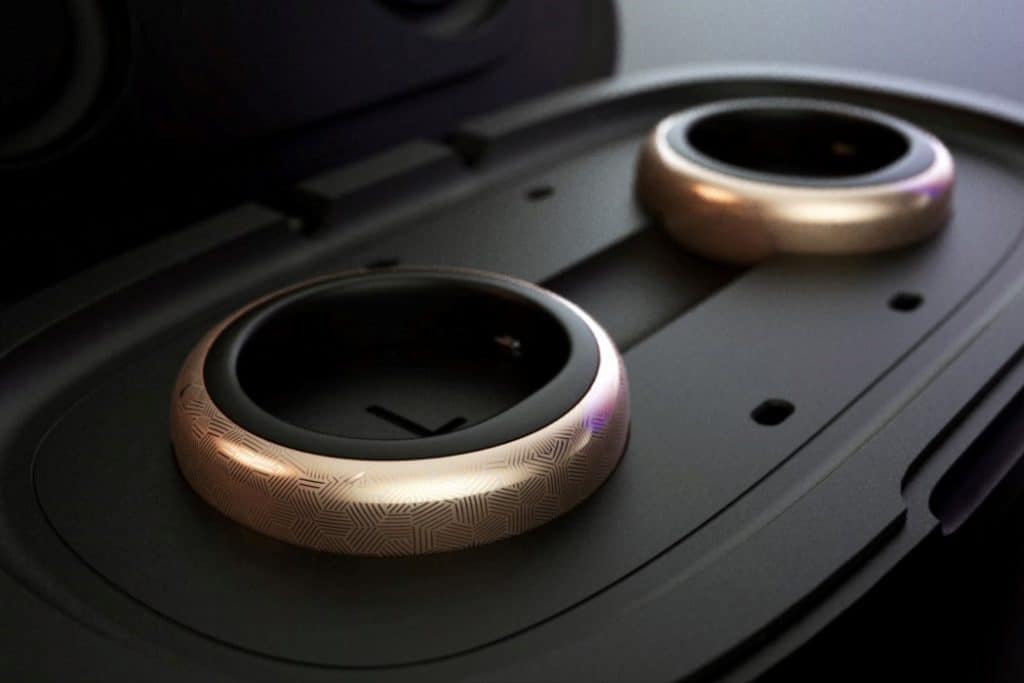 The concept was part of an academic internship done by designer Anshuman Kumar with Titan, a prominent watch and jewelry brand in India. It was done for his masters at the National Institute of Design. Called Mettis Ring, the thing is a smart toe-ring for women that doubles up as a fitness and health tracker.

The stunning design builds on the cultural significance of jewelry in India. In Hindu traditions, toe rings in pairs are worn as a symbol of married state. This is why the Mettis is meant to be sold in pairs.

According to Ayurveda for women, silver toe rings absorb positive energy from the earth and transfer it to the wearer. They also get rid of negative energy. For those not in the know, Ayurvedic knowledge originated in India more than 5,000 years ago and is considered by some to be the oldest healing science. 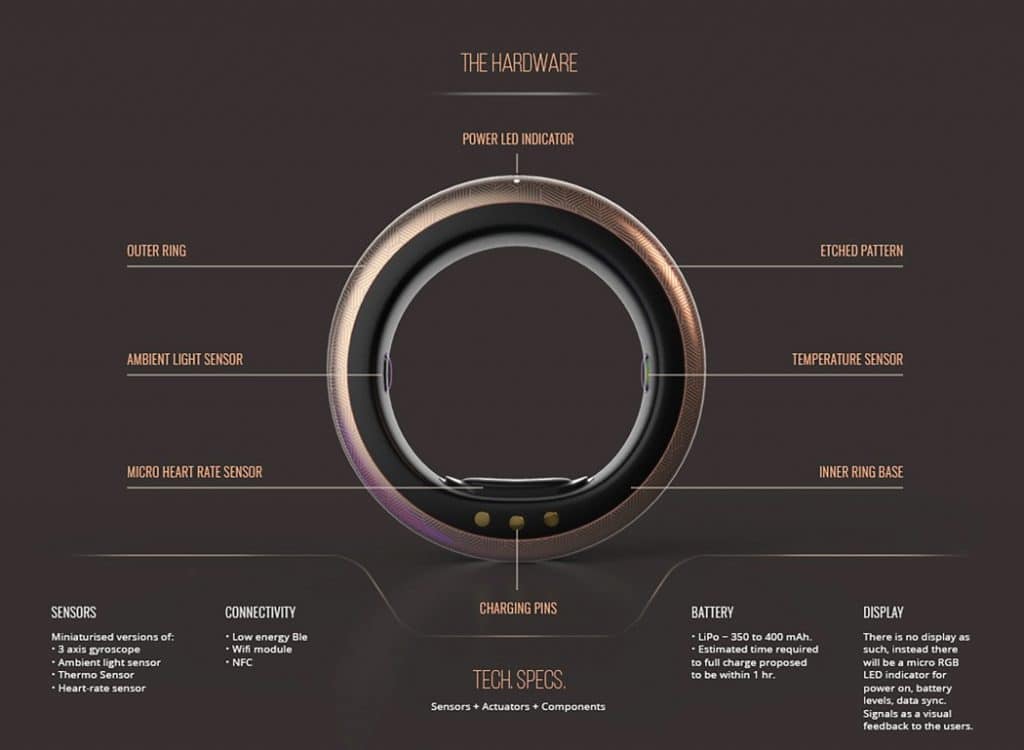 Well, these toe-rings may not be made of silver but they do come with some health benefits. Inside of them is the same technology that can be found in other fitness wearables. The rings have the ability to capture body temperature and heart-rate, along with the usual steps, distance, sleep and more. Female health tracking is there, as well, to allow women to keep track of their period cycles.

Mettis Rings are design to be worn around the clock. The 5 ATM water resistance means there’s no need to take them off when bathing and you can even track swimming with them.

Even though they house sensors inside, the Mettis comes in a stunning design. And this is what makes is so interesting. The rings have a metallic finish and sit inside one of two sleek, matte black cases which can be used for on-the-go charging. There’s no display. Instead, the concept imagines a micro RGB LED indicator to indicate battery levels and more. 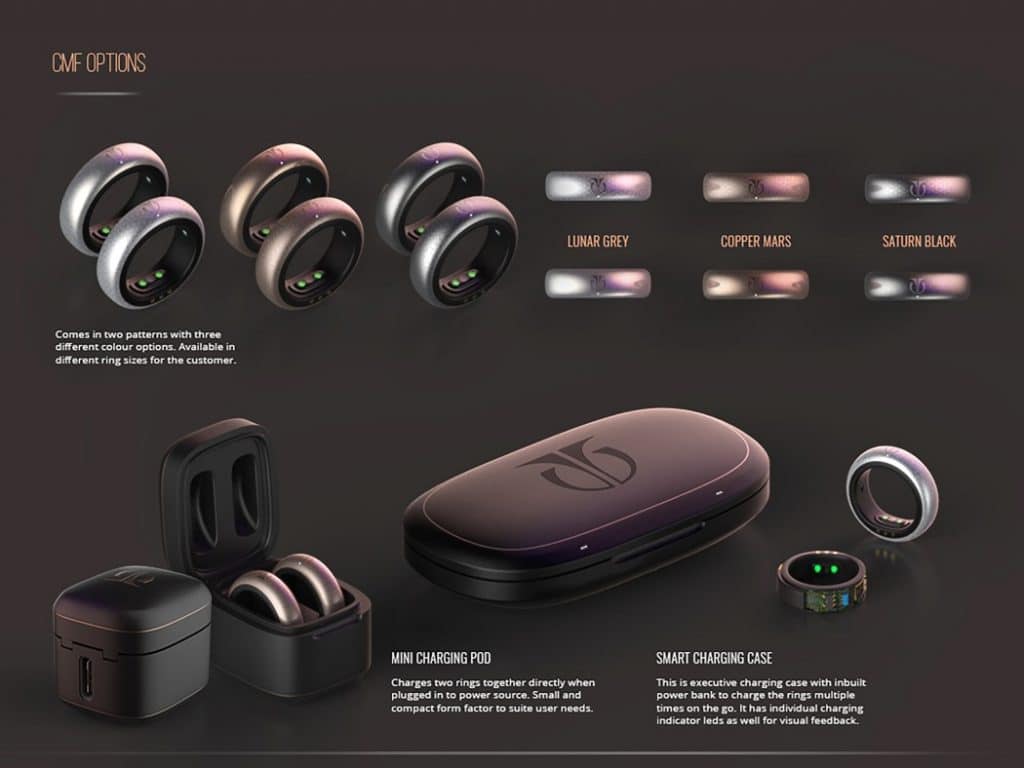 Smart rings are a reality so the technology for such a ring already exists. And while smart rings may not be mainstream just yet, there’s a nice selection which can be purchased. The most well known are Motiv, Ringly and Oura ring.

Mettis Ring is definitely a nice concept. We hope the designer Anshuman Kumar gets funding one day to make this product a reality!