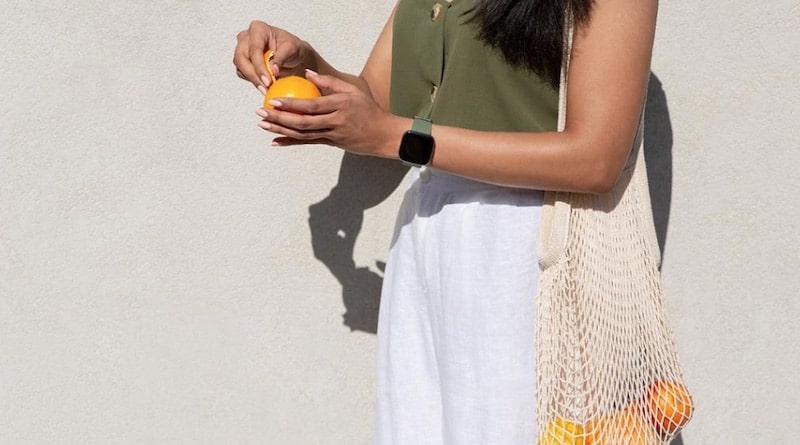 18 August 2020: This article has been updated to include info on leaked images of Versa 3 published by Winfuture.

The Fitbit Versa 3 release date is still unknown. But the smartwatch is likely come at some point in the near future. Here is what we think will be new, what we would like to see different and when the timepiece could land.

The San Francisco wearables manufacturer has been fairly quiet so far this year in terms of new fitness trackers and smartwatches. We saw the launch of Charge 4 a few months ago, but that’s pretty much it. Very unlike the previous years when the company would release a new device every few months or so.

As far as design, Versa 2 is very similar to the first edition. It comes with same square shape and curved edges and there is one physical button on the left.

The important improvement here is the display. The company has opted for an AMOLED instead of an LCD screen so it’s more high-res than previously. Another improvement is that they’ve managed to increase the display size slightly by shrinking the bezels. It’s a pretty good screen with 1,000 nits of brightness and Cornilla Gorilla Glass 3 protection.

We are expecting Versa 3 to largely retain this look. Fitbit usually sticks to a tried and tested formula as shown with the recent launch of Charge 4.

What would be nice, perhaps, would be size options. A regular Versa 3 and a large one for those with bigger wrists. Possible but unlikely. Don’t hold your breath for that one.

Improvements could be had, however, with battery life. The current edition keeps going for up to 5 days. A week would be nice for the next iteration, although that will largely depend on the additional hardware inside. More sensors and a better quality display equal shorter battery life. It’s always a trade-off.

So far there has only been one leak. It comes from WinFuture. If it turns out to be accurate it largely confirms our expectations. A device that adopts the same shape as before with a slight change in the physical button which seems to be more discreet now.

Here are the leaked images below. Some more changes are evident on the underside of the device. 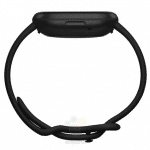 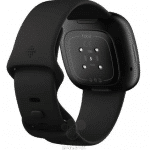 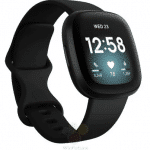 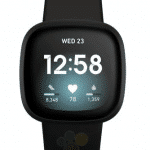 Under the hood, Versa 2 has a 3-axis accelerometer, optical heart rate monitor, altimeter, ambient light sensor, fibration motor, Wi-Fi antenna (802.11 b/g/n) and relative SpO2 sensor. These will keep tabs on your activity and health 24/7 and the watch has some smart functionality including Alexa support.

That’s all pretty good. But as always there could be more. We have not seen any official leaks on Versa 3 so here’s our wish-list, instead. Let us know in the comments below if we have missed out on something.

The Fitbit Versa 3 release date is still unknown. But before we speculate on when we could see the new smartwatch, the obvious question is – will there be a Versa 3? The Google acquisition is expected to go through in the months ahead despite increased regulatory scrutiny. And after that, its anyone’s guess on what happens.

We are, however, of the opinion that Fitbit will continue churning out wearables, now with the support of a high tech giant. That could be good news as it means more funds for development and research, and hopefully more exciting hardware coming our way. The leak seems to confirm this.

IFA 2020 (in a revised format) is just around the corner and we were wondering if Fitbit will launch any new devices. They’ve been a regular at Europe’s tech gathering in recent years and always had something new to show off. Versa 2 was launched at the event in September last year, some 18 months after the original.

Considering we now have the first leaked images, a release next month could happen. Its only a year since the previous edition so its very possible the changes might pretty much be limited to the addition of built-in GPS.