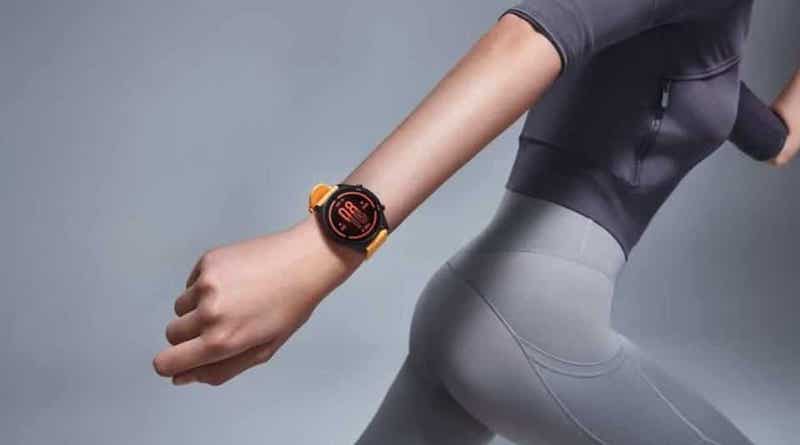 Xiaomi is preparing to bring its smartwatch to Europe. This was revealed at the company’s launch event yesterday for the Mi 10T smartphone series. The wearable is currently only available in its home market of China.

Xiaomi’s first effort on this front was Mi Watch. Launched towards the end of 2019, Xiaomi refers to it as “a small mobile phone on the wrist”.

The timepiece is housed in an Apple Watch-looking square-ish case. Instead of WearOS, the watch runs on Xiaomi’s proprietary software which is a customized version of the Google operating system. The thing has support for eSIM cards, 4G LTE, NFC, GPS, a voice assistant and the usual fitness sensors.

Xiaomi followed this up with a cheaper round version called Mi Watch Color.  This one doesn’t have cellular capability but it has most things found on its big brother. The company says the timepiece aims to fill the gap between fitness bands and fully fledged smartwatches.

Now Mi Watch Color has gone through re-branding exercise and will launch internationally simply as Mi Watch. It was previously thought it would be called Mi Watch Revolve but the company has obviously decided against it.

As far as specs, the wearable is a mirror of what can be found on Mi Watch Color. This includes a 1.39-inch AMOLED display (454 x 454 px resolution) housed inside a 47mm stainless steel case. The screen is pretty good quality at 450 nits and it’s protected by Gorilla Glass 3.

The comprehensive list of sensors under the hood includes an accelerometer, barometer, optical heart rate sensor, ambient air pressure and blood oxygen sensor. The 5 ATM water-resistant device spits out the typical fitness and sleep stats, along with a bunch of Firstbeat performance metrics and a total of 117 exercise modes (who knew there were that many!). There’s also built-in GPS for phone free exercise tracking.

Those that like to pay with their wrist will be happy to learn there’s NFC for international payments as well as voice control. Other than that, its worth mentioning the device only weighs 32 grams, but that’s without the strap which comes in one of seven different color options.

Battery life (420mAh) is an excellent 16 days in normal smartwatch mode. This means you only need to charge it twice a month. 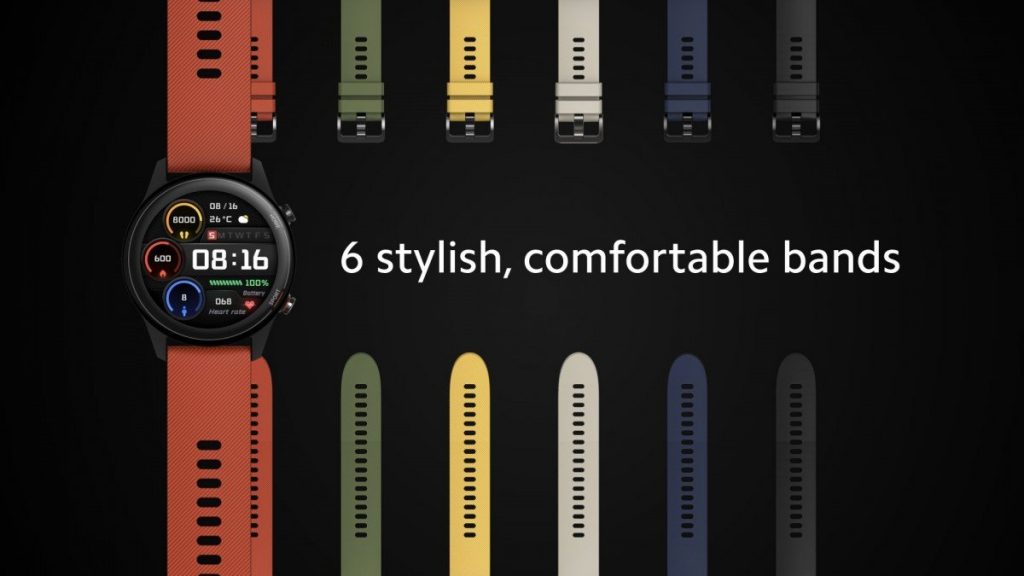 The Xiaomi Mi Watch will be available “soon” in Europe at a very reasonable €99. The price is particularly impressive taking into consideration the timepiece comes with built-in GPS. You’ll be able to pick it up in Midnight Black or Chrome Silver. No word yet on US availability.