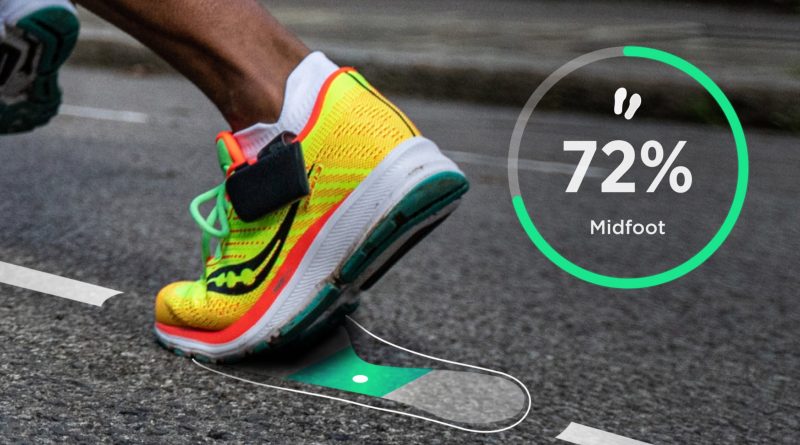 NURVV Run smart insoles are getting an innovative feature via a firmware update. Footstrike Workout helps runners tweak their footstrike pattern in real-time during a workout.

I reviewed the intelligent foot gear late last year. The insoles deliver a plethora of insights and guidance on how to run faster and avoid injury. Best of all they work from both feet, which is the best place to track this sort of thing.

NURVV Run capture a wealth of data on your running technique

Data is captured 1,000 times per second and consists of cadence, step length, foot-strike, pronation and balance.  Plus you can tap into real-time audio, visual and haptic feedback that can help you achieve those running bests.

NURVV run can be used with pretty much with any training sneakers. Just remove your regular insoles and swap them with ones that are embedded with 32 high-precision sensors that work in conjunction with two GPS trackers.

Now NURVV is slapping on some extra functionality. It piggy-backs on the existing footstrike pattern feature. For those not in the know, this tells you whether your main footstrike pattern is with the rearfoot, midfoot or forefoot.

The data is shown in the accompanying smartphone app and grouped into splits, for each kilometre. That way you can study if your technique deteriorates over longer runs. Fatique, different terrain and speed can all effect the way you run. These can be tiny differences that are hard to notice but can, over time, lead to injury.

During testing, I found that I tend to use my rear foot 99% of the time when initially hitting the ground. There is common belief that you might benefit from moving away from rearfoot striking but this is not universally agreed. The good news for me was that both my feet hit the ground in an identical pattern.

The added benefit of the real-time footstrike feature is that it allows you to tweak your technique mid-run. That makes it easier to fix a faulty technique or imbalance, as well as improve your running economy.

How to use the new Footstrike Coach feature

To use the feature you’ll need to start the workout from the app. Input the distance and type of footstrike you wish to practice. During the run you’ll get real-time audio and visual coaching helping you adjust your running form according to the pre-set target. This should over time lead to improvements in performance and resiliency.

Post run you’ll be able to study your technique in detail. Everything is structured and illustrated in the app akin to a classic interval workout with Recovery Zones (where you can relax your technique) and Focus Zones (which are used for target footstrike practice). The app also spits out a Workout Score that lets you know how close you were to the running form target. A high score will unlock more difficult practice sessions with longer Focus Zones.

The smart insoles are probably the coolest running tech I’ve reviewed (view on Amazon). They are lightweight and durable – you really don’t feel them at all. A great running companion.