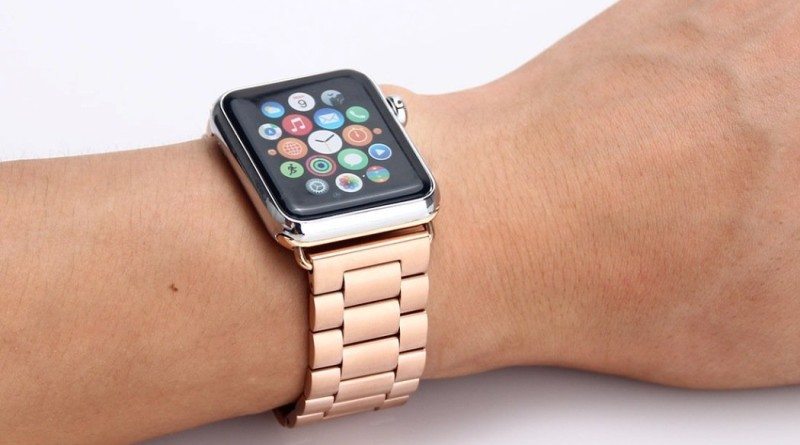 The long-anticipated Apple Watch came out earlier this year. The device is a solid piece of kit, which has quickly become the biggest selling smartwatch on the market.

An important feature of the Apple watch is its health and fitness tracking capability — the device monitors your movement and workouts throughout the day, it tracks your heart rate and can even be set up to remind you to move if you have been inactive for too long.

Prior to its launch, there was a lot of talk that the wearable would be loaded with health sensors. Ultimately however, this has proven not to be the case. As detailed in our earlier review, the Apple watch is far too basic in terms of its health and fitness tracking ability, and too expensive, to be considered as a rival to some of the dedicated health and fitness wearables on the market. The watch does, however, offer a gateway to the large proportion of the public that has not yet considered actively monitoring their health and fitness activity.

And of course, this means that the watch did not require Food and Drug Administration (FDA) accreditation, something it seems, that Apple is keen to avoid in the future. Without approval from the FDA, the Apple Watch can only sport a limited number of health features.

Speaking during a rare trip to the UK and Apple’s Covent Garden store in London, Apple boss Tim Cook hinted on a a new health-focused wearable device or app. In an interview with Britains daily newspaper the Telegraph, Cook said that he would not be looking to put the Apple Watch through an FDA accreditation process as this may cause a disruption to the product release cycle of the wearable. He hinted that Apple might be working on a different kind of medical product, one that may in fact require FDA approval.

What the firm has in mind is anyone’s guess as Cook did not share any details about a second wearable, but medicine definitely appears to be on Apple’s mind. It is likely that Apple is creating a wearable that will deliver features that other devices do not, which could mean such things as a blood pressure reader or glucose monitor. Approval by the FDA in the US would be a prolonged procedure, and would need to be replicated in every country Apple intends to sell the device in.

Apple stated its intentions to enter the health and fitness market by introducing a comprehensive Health data app alongside iOS 8, which includes the ability to track heart rate, blood pressure, blood sugar, UV exposure, cholesterol and a host of other vitals. Many third-party apps have tapped into this and built in the functionality to feed data into the Health app.

If Apple decides to enter the medical space, it would likely do so with something closer in appearance to a fitness band than a fully fledged smartwatch. Due to the time needed to get medical approval worldwide, it is likely that the device would not be updated annually, as is the case with most of Apple’s current product line.

Could Apple be planning a dedicated Fitbit or Jawbone-style health tracking band? We certainly hope so. Watch this space.