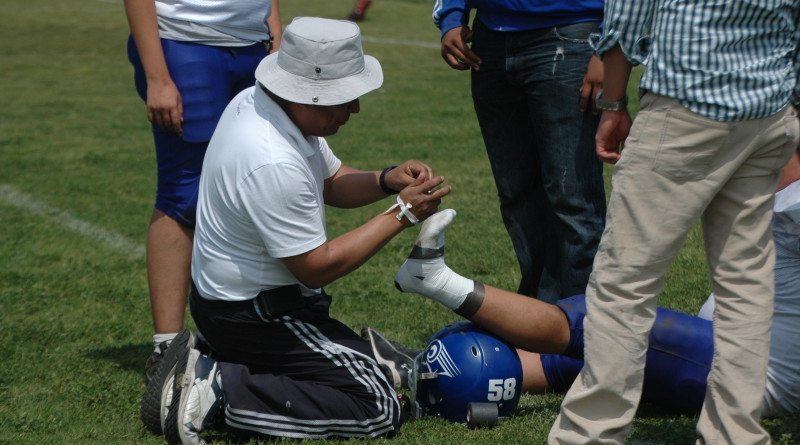 Injury prevention is of utmost importance for all sports. To that extent, major sports organizations around the world work toward the safety of their players, increasingly with the help of activity trackers. Wearables are set to become even more important for analysis thanks to an algorithm developed by WA and Victorian sports scientists and mathematicians.

The researchers found that accelerometer and gyroscope data from wearables, in this case a Catapult S4, can be used to gain a better understanding of the forces and injuries athletes experience. For example in rugby, wearables could not only help to identify if someone has been tackled, but they could help to quantify the magnitude of the tackle. Such information could then be used to help improve player safety.

The Catapult devices used in the study, are state of the art in wearable athlete monitoring technology that have been developed by Catapult Sports in conjunction with the Australian Institute of Sport during the past 8 years. The trackers, which are used by many professional sports teams, weigh less than an ounce and are worn by the player under the jersey. Reports include graphic tools including plotting player position, velocity, heart rate, effort lengths and recovery time.

“You look at a sport like rugby, forward type players are tackling and being tackled multiple times in a training session or a match. However it may not necessarily be the number of tackles that is doing the damage—it might be the intensity or magnitude of the tackle.”

“By using automated classification you take the burden off the practitioner being required to sit there and manually count the number of times a player runs, sprints or is tackled,” he says.

Sports wearables are a growing field. Teams as well as players are increasingly looking to use the latest fitness technology to track performance and help improve their skills. It is only logical that we will soon see this technology make its way into live matches to help doctors and coaches.