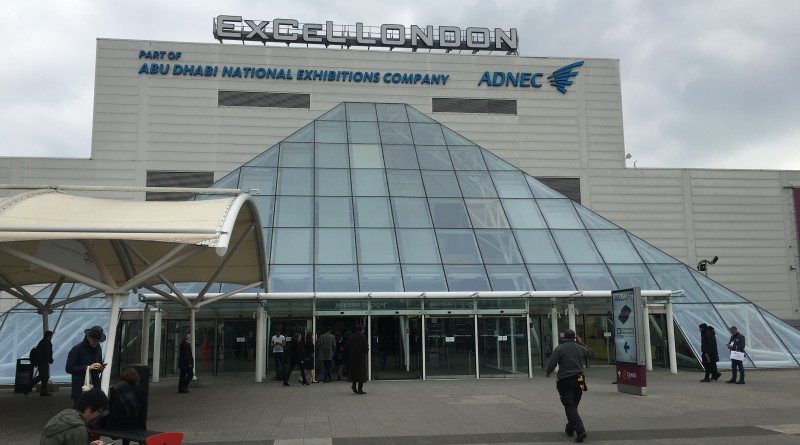 Gadgets & Wearables visited this year’s Wearable Technology Show at London’s ExCel to try out gadgets we might all be using in the near future. Now in its third year, the WTS 2016 is the largest show for wearables, smart technology and IoT.

Around 50 products were launched to the UK trade and media for the very first time, including the new golf watch from TomTom and applications for sports performance, health and wellbeing, lifestyle and enterprise. BBC Click, BBC News, BBC World, The Gadget Show, Mary Portas, Dragon’s Den, The Guardian, Stuff, T3 and Wired were among the media outlets covering the show this year.

“We have more than doubled our visitor numbers in two years and more than trebled our exhibitor numbers and we plan to return in 2017 bigger and better with an even richer offering for exhibitors and visitors,” said Wearable Technology Show COO John Weir.

For us, the highlight was the virtual reality experience brought to attendees by the Economist Magazine. In collaboration with agency Sense, The Economist gave attendees the chance to try out four VR headsets.

The experience known as RecoVR: Mosul, a Collective Reconstruction – brought Iraq’s Mosul Museum, which was destroyed by Islamic State militants in June 2014, back to life. The museum and its former exhibits, were reconstructed by stitching crowd-sourced images together. The film was created in 2015 by artists Ziv Schneider and Laura Chen for cultural conservation group Project Mosul and The Economist Media Lab. 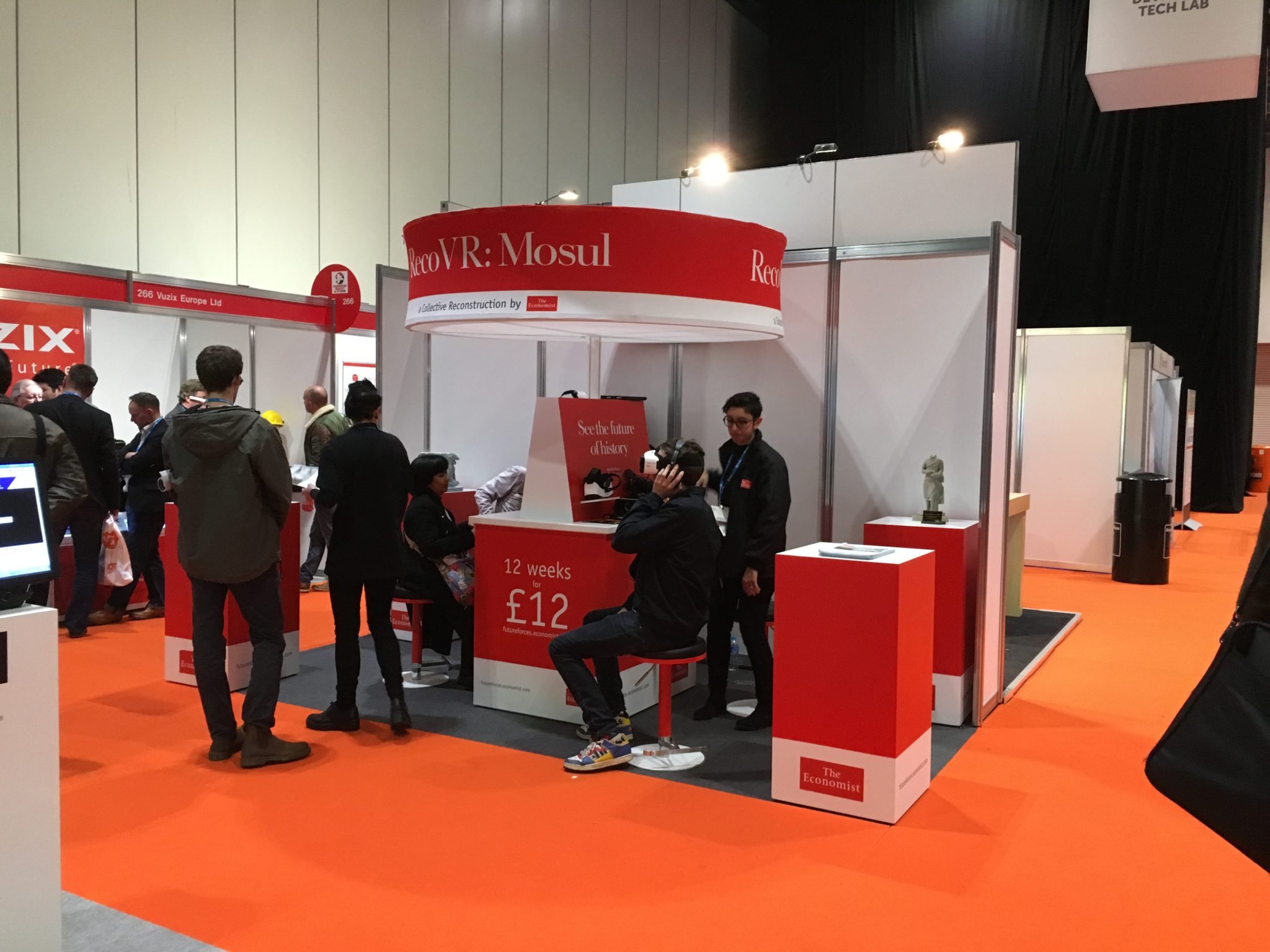 In the field of health and fitness technology we spotted some familiar names. Beddit was there with a full sized bed on display showcasing their sleep tracker. The ultra-thin sensor is placed under the bed sheet – no wearables or gadgets are needed. In the morning, the Beddit app tells you how you’ve slept and how to improve. 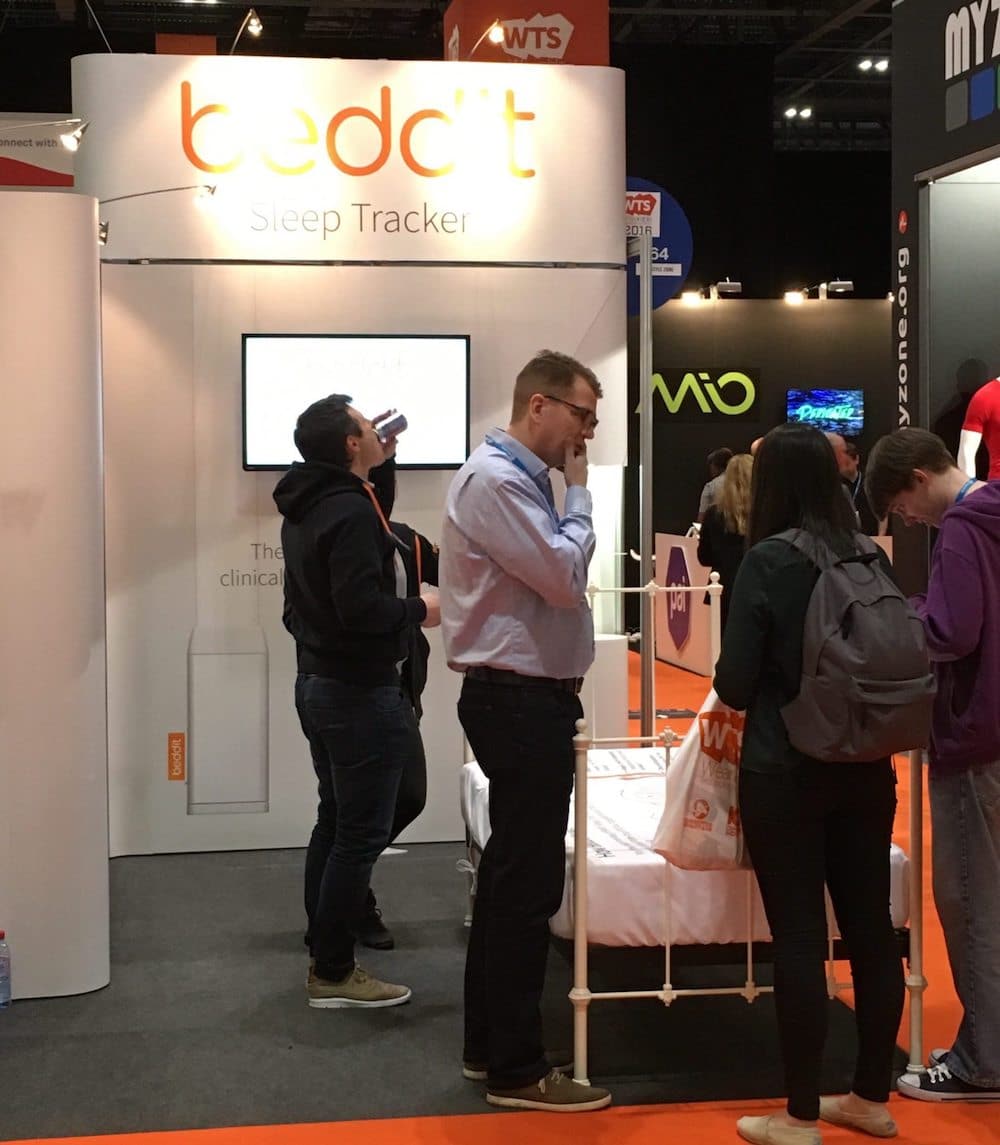 We also spotted Lumafit. We recently wrote a feature on their new device – an interative fitness coach designed to get you fit. The core of the experience goes way beyond step counting and mirrors that of your interaction with a real personal trainer, it knows what you are doing and validates if you are doing it correctly. 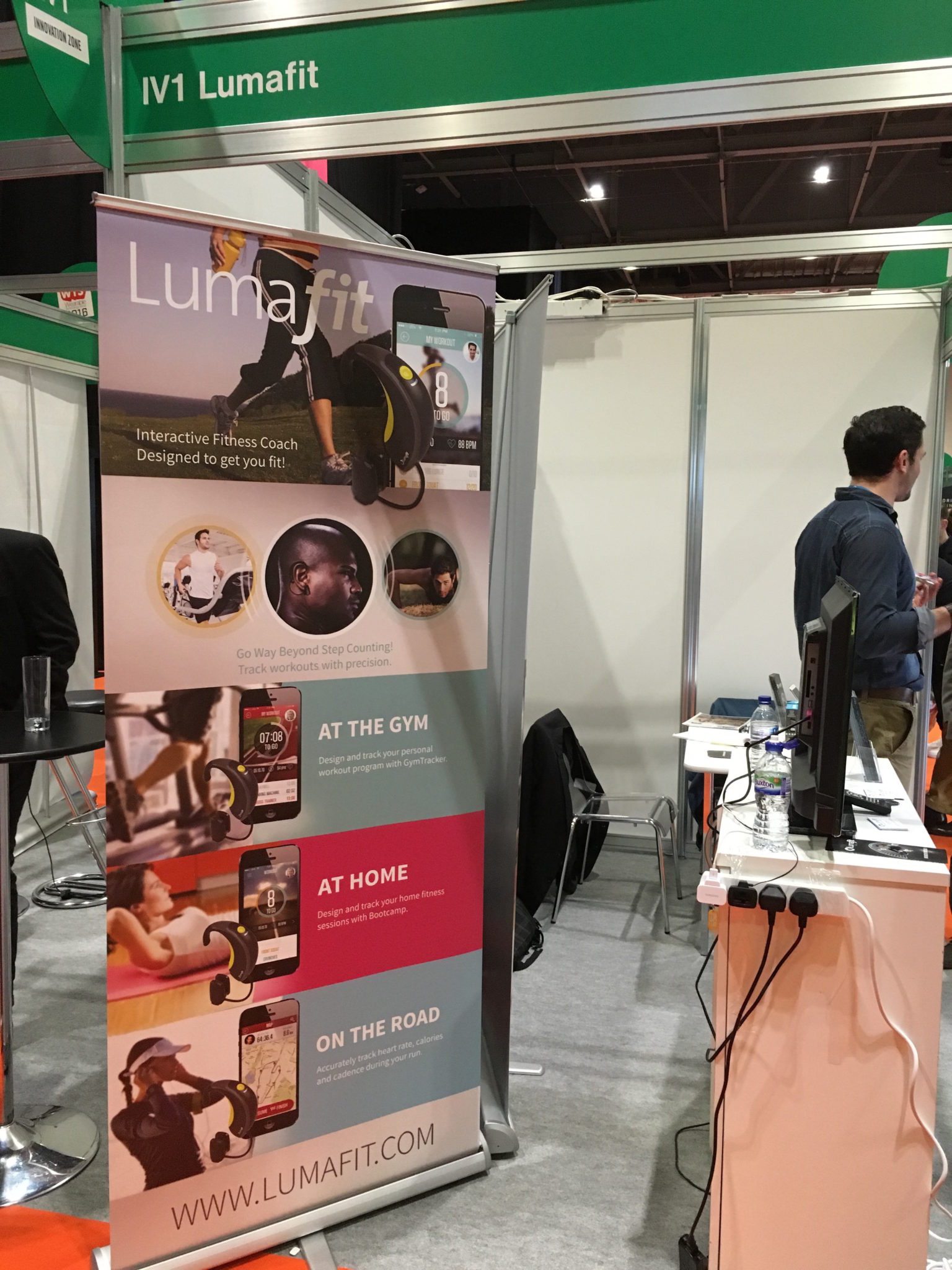 Mio was also there introducting its Mio Slice activity tracker and its new metric – the PAI (Personal Activity Intelligence) – a score that measures your body’s response to physical acitivty, providing guidence on how much activity is required to maintain optimal health. 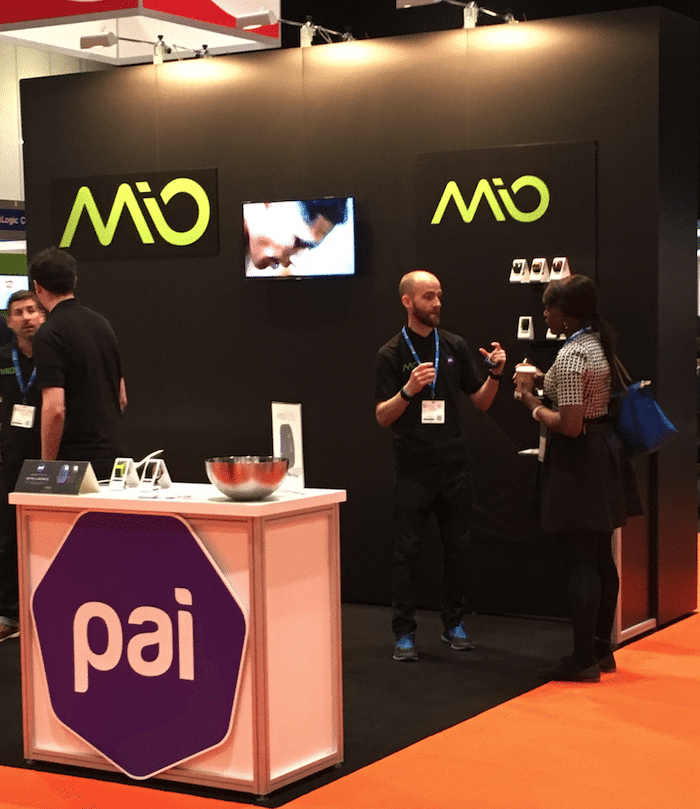 There were also some more unusual products.  For example, Kerv showcased the world’s first contactless payment ring. The device allows the wearer to make payments anywhere in the world that displays the contact payment symbol, including in stores, coffee shops and on public transport. Then there was technology for your unborn baby and a fitness tracker for your pet dog along with virtual reality devices for surgeons.