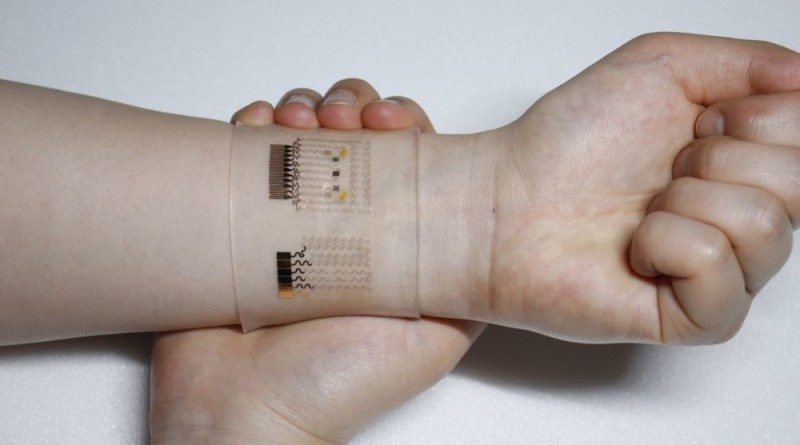 Diabetes is a lifelong condition that causes a person’s blood sugar level to become too high. Globally, it is estimated that some 382 million people suffer from the disease. People throughout the world are encouraged to learn about risks and warning signs. It is also very important for diabetes to be diagnosed as early as possible because it will get progressively worse if left untreated.

Scientists have been looking for a non-invasive way to monitor the levels of glucose in people with diabetes for a long time now. The current method involves pricking your fingers multiple times a day. This can be painful and tedious, making it difficult for people to monitor their condition.

This may soon change and a new option for controlling diabities may be just around the corner. Researchers from the Center for Nanoparticle Research in South Korea and researchers at MC10, a flexible-electronics company in Massachusetts, have prototyped a stick-on patch infused with graphene that tracks blood glucose levels through sweat. If the patch senses high glucose levels, heaters trigger microneedles to dissolve a coating and release the drug metformin just below the skin surface.

“This is the first closed-loop epidermal system that has both monitoring and the noninvasive delivery of diabetes drugs directly to the subject,” says Roozbeh Ghaffari, cofounder of MC10.

To make the patch, scientists fused Graphene with a combination of gold particles and gold mesh. This was done in order to improve the graphene component’s ability to sense elevated sugar levels. The patch contains wearable sensors that scan for pH levels in sweat and temperature changes.

In the study, test subjects have included diabetic mice as well as two adult men without diabetes, and found that it accurately detected changes in their glucose levels after they ate a meal. Research said that the drug-delivery system needs to be improved further before it can be tested in human patients with diabetes.

Scientists are hoping to eventually make the patch commercially available, and are talking about it with several companies. It will, however, take at least a few years to commercialize the graphene-based patch, especially for drug delivery.

The team’s research was published in the Nature Nanotechnology journal.