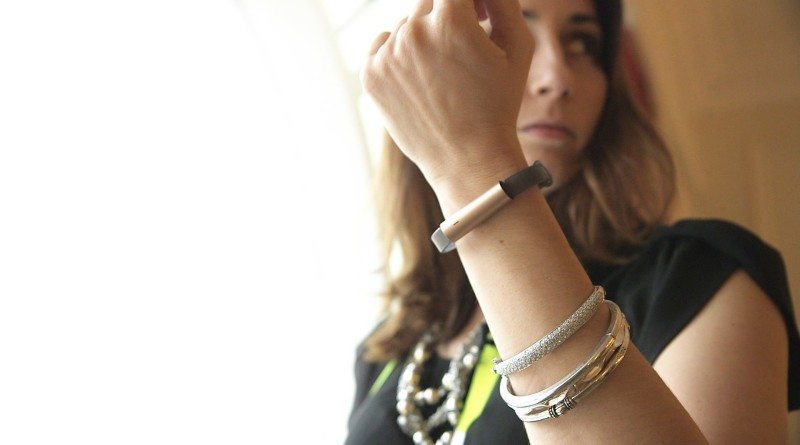 Fitness trackers? We like them. Apps? Not as much. It seems that many wearable technology makers are struggling to design good software.

This is according to a new report on Wearables published by Argus Insights. The report highlights a problem many wearable makers are facing – how do you take the information collected about a user, and convert this into easy to understand and actionable information?

By examining 136,000 consumer reviews from November 2015 to February 2016,  the Argus Insights report examines the nature of a gap in “delight” between wearable devices and applications. According to the findings, technology providers are typically good at hardware or the applications that come with them, but rarely both.

“The look and feel of the device drives the dating experience,” says John Feland, CEO and founder research firm Argus Insights, based in Los Gatos, CA.

“The long-term relationship is driven by the app. Think about how a company survives if more than half of its customers leave after three months. This is a core problem with wearables. The app is an important piece of maintaining that stickiness.”

According to the report users of Jawbone and Nike smartphone apps reported very high satisfaction scores, but less so in terms of the hardware. On the other hand, Fitbit and Samsung users like their devices more than the apps. Hardware focused vendors such as Garmin seem to struggle most in terms of software satisfaction. Microsoft and Lumo as well.

The chart below illustrates the headline findings: 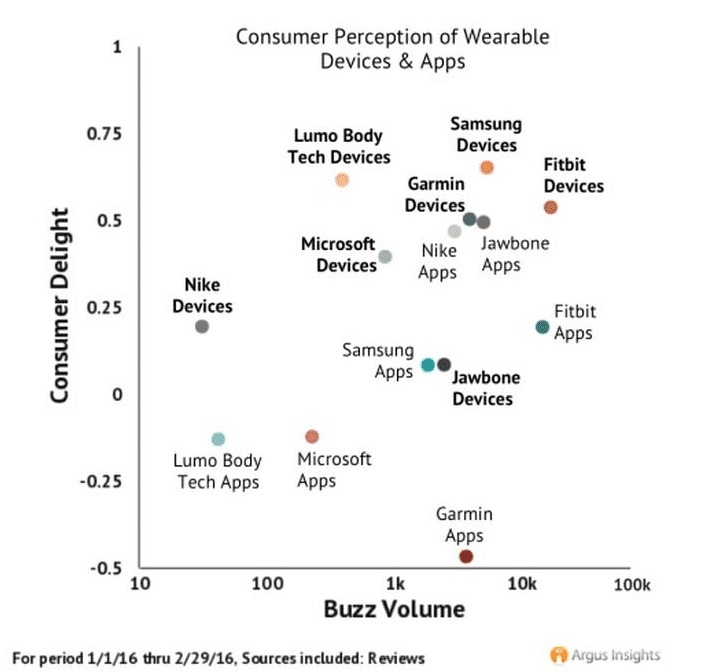 Argus Insights also looked into what’s causing these impressions. The report says that ideally, vendors should collect data in a simple way and make it actionable. Jawbone for example excels in that category. Its Smart Coach feature that automatically tracks workouts is seen as a big hit with consumers.

But what brings down favorability ratings the most is unreliable technology. Problem areas that frustrate users include crashes of apps, data syncing issues and installation difficulties. 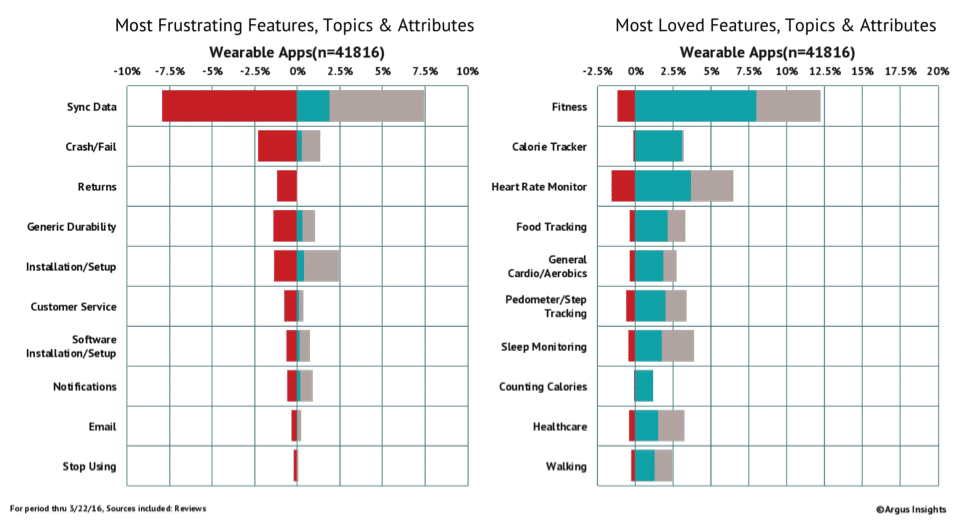 “App functionality is causing frustration as well, as several users complain that their apps crash and fail, leading to infuriating load times and even lost data.”

With better wearable devices on offer in the coming months and years, it will become ever more important to provide the user with comprehensive analysis of their personal data. It seems for the most part, current applications are not up to this task. While users are using fitness trackers to monitor metrics such as heart rate, steps and sleep, they are having trouble interpreting all their personal data to make this information useful.