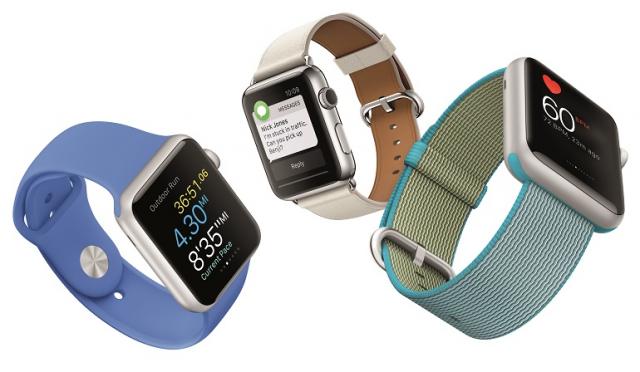 Health care is an “enormous” opportunity and a key focus for Apple, according to Tim Cook. Apple’s CEO was speaking at Startup Fest Europe in Amsterdam this week as he predicted how in the future, the Apple Watch could become a warning system for your body.

“If you think about some of society’s biggest problems and challenges, one of the ones that we are really focused on is health,” Cook said.

“And arguably the health care system can be made much simpler, can have much better results, you can have patients that really feel like customers…and have systems and applications that bring out the best in the medical professionals…I think the runway there is enormous.”

He likened the future of healthcare and monitoring devices to the systems available in cars.

“What is the equivalent for the body? Well it’s our mind but our minds convince all of us all too often not to seek help. And…many times we don’t know there is a symptom, so if you could have a device that knew stuff about you, it would be pretty incredible and would extend life and extend quality.”

Right now, the Apple Watch boasts benefits to both health and fitness, but leaves a lot to be desired, especially when you take into consideration the price. As we point out in our review, at the moment its health and fitness features should be viewed as a bonus rather than the main reason for purchasing the device. At a starting price of $350, the Apple Watch costs $100 more than some of the most expensive fitness trackers, many of which offer many more sensors and more in-depth analysis.

And this is a very big problem at the moment when viewing the Apple Watch as a health or fitness device. It is far too basic, and to expensive, to be considered as a rival to some of the dedicated fitness trackers on the market. It does, however, offer a gateway to the large proportion of the public that has not yet considered actively monitoring their health and fitness activity.

The tech giant has, however, increasingly been focusing on health. In 2014, the company rolled out HealthKit, its consumer-facing platform that collects data to give a better picture of an individual’s health. The idea was to allow developers to make health apps that integrate with Apple’s own app. We also saw the recent launch of ResearchKit and CareKit. ResearchKit is a framework for developers to create apps that voluntarily collect user data for research, while CareKit helps patients manage their health electronically by tracking symptoms and in-take of medications.

“I love the watch. One day, this is my prediction, we will look back and we will wonder: how can I ever have gone without the Watch? Because the holy grail of the watch is being able to monitor more and more of what’s going on in the body. It’s not technologically possible to do it today to the extent that we can imagine, but it will be,” Cook said.