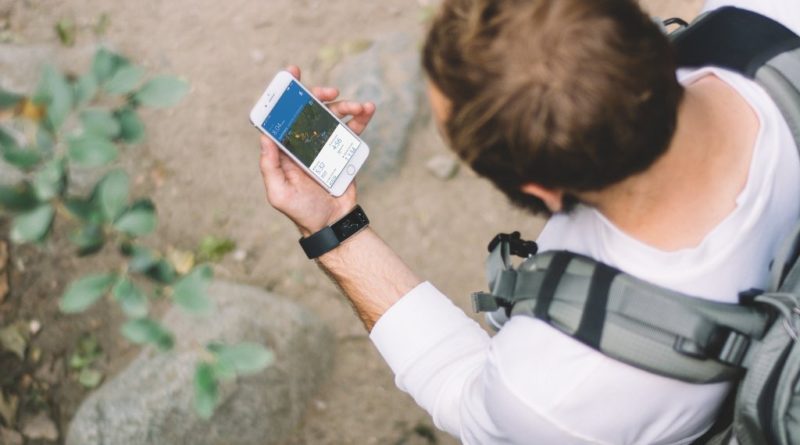 The importance of accuracy has been stressed by consumers as the most important factor when considering the purchase of a wearable, according to a new survey released by Valencell and MEMS & Sensors Industry Group.

The online survey polled over 700 US consumers on their knowledge and preferences around wearables. Some 42% of those surveyed own or have owned a wearable device, and more than 60% of them cited accuracy as highly important. An even bigger proportion, 74% of those that do not own a wearable cited accuracy as highly important when considering a purchase.

“…accurate and interesting insights are critical to the success of the wearable industry, and are the biggest drivers of growth today,” said Dr. Steven LeBoeuf, President and Co-founder of Valencell.

“More consumers than ever before are looking to biometric wearables to monitor their health and fitness, and wearables that cannot be trusted for accuracy will ultimately lose-out to wearables that have been properly validated.”

Furthermore, the survey revealed that while most wearables owners find functions such as step counting and heart rate monitoring useful, they would like their wearable to monitor other health functions. Those that were most often mentioned include stress levels (cited by 55% of those surveyed), hydration (48%), blood pressure (46%), UV exposure (38%) and vitamin/supplement levels (35%).

“That’s because the devices themselves, from accelerometers, gyros and pressure sensors to heart rate monitors and environmental sensors are delivering ever higher levels of granularity while consuming less power in smaller footprints. Beyond accuracy, MEMS and sensors make wearables more interesting because they literally sense the world around us. With so much advanced functionality now at their disposal, I am convinced that wearables designers will introduce new and compelling products that consumers will consider “must-have” rather than just “nice-to-own.”

The survey also showed that more than a third (37%) of wearables owners discontinued use of their device and more than a half did so within the first three months of purchase. Major issues included too much hassle to continually recharge (cited by 40%), not accurate enough (29%) and uncomfortable to wear (26%).

The benefit of wearables cannot be denied. Among existing owners, some 80% of those surveyed feel that their wearable has had a positive impact on their health. But accuracy clearly remains a major source of concern. 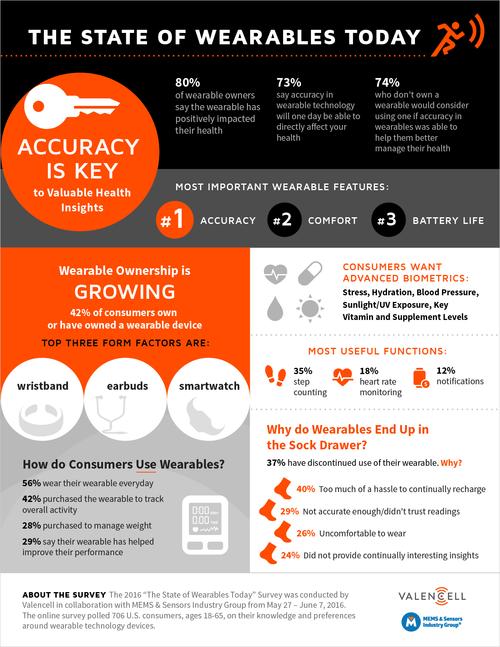