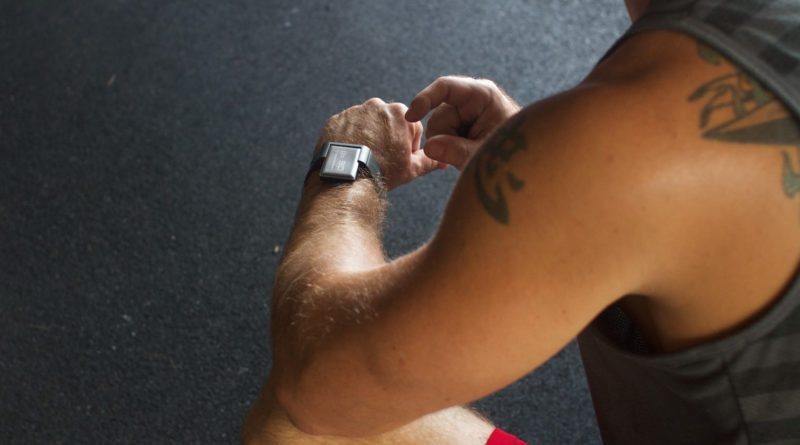 The Atlas Wristband is not interested in the number of steps or distance that you covered today, or how much you slept. Instead, the tracker monitors your movement in 3D and automatically logs exercises and repetitions, essentially taking away all the hassle of manually logging your gym workout.

Essential reading: Review: Atlas Wristband 2 – a wearable to monitor your reps and lifts

The Austin based company recently came out with its second generation tracker. Atlas 2 looks very similar to the original device. Under the hood, however, the tracker features an upgrade to its processor and a threefold increase in memory size.

The new device does a pretty decent job at recognising exercises. But the standout new feature is the ability to train the sensors to recognise new exercises.

Each exercise motion has its own inertial fingerprint. Imagine a glowing dot on your wrist that leaves a 3D trail when you move. Atlas recognizes the unique path of this dot and associates it with the correct exercise from the database. The more sets you do, the better the algorithm will become at recognising the new exercise. Which means that possibilities are endless – as long as there is wrist movement, the device should be able to recognise what you are doing.

Following up on our review of Atlas 2 we spoke to Peter Li, Atlas Wearables CEO.

The Atlas Wristband is unique in the fitness tracker industry in terms of what it does. Right now, there is very little out there in terms of direct competition. Who are your main competitors right now?

You’re right, there’s very little out there in terms of direct competition. Perhaps our biggest “competitor” is the noise from the Pedometer or 24/7 tracker market.

We’re fortunate to have such a unique lead from algorithms to analytics and strive to continue to push the bleeding edge of automatic 3D motion tracking!

This was definitely our impression when we tested the device. Our feeling was that while perhaps the product may not have mainstream market interest at the moment, as the algorithms, software and form factor improve, the device will have more mass market appeal.

Going forward, do you see the mainstream wearables companies such as Fitbit or Garmin moving into this area?

I do see an increased interest from many mainstream wearable companies in the type of accurate and advanced tracking technologies in the Atlas Wristband. I believe as more consumers are turned on to wearables, the type of technology in the Atlas today will become the standard of 3D motion tracking and analysis.

Simply said, consumers are quickly jaded by just tracking steps and heart rate because there’s no feedback loop. With the advanced tracking and analysis in Atlas, our users are able to identify patterns and trends in form, speed, and more – feedback that is invisible to nearly all other trackers.

We couldn’t agree more with Peter. The market is now awash with manufacturers each fighting for a slice of the wearable pie. A flood of statistics is churned out by these devices but, for the most part, it is left down to the users to sift through this data and draw meaningful conclusions. In an ever-expanding market, wearables manufactures will need to go beyond just displaying health metrics and look to provide much more meaningful analysis of our vitals data.

It seems to us that Atlas Wristband’s software (and algorithms) are more unique than the hardware. Which means that potentially, you could perhaps teach a Fitbit tracker to recognise exercises. Are there any plans to sell the company’s proprietary algorithms to one of the leading brands?

There are no plans to do so but we are working on different products that will expand the Atlas engine onto different platforms!

Are there plans to convert the wristband into a 24/7 fitness tracking wearable, so that it monitors steps, sleep, distance, etc.?

Not in the conventional sense. We believe there’s limited value to a daily step count but immense value in daily caloric burn or your Basal Metabolic Rate.

You have probably been asked this question many times before, but what were the reasons for choosing the horizontal orientation of the sensor module? Are there any plans to change the form-factor?

The widescreen orientation of the Atlas Wristband was designed with human biomechanics in mind. The landscape module gives you more horizontal real-estate for a wider screen and a more natural viewing angle while leveraging the flat portion of your forearm.

Despite the practicalities Peter mentions, the portrait orientation of the modular device did feel slightly odd to us. We would have preferred a more discreet form factor. Having said that, the screen is much easier to read in horizontal orientation, and most importantly, the tracker does not get in the way of any exercises.

Will Atlas remain a wrist based tracker, or are there plans to expand the product so that it monitors different parts of the body?

Yes, in fact many users today use the Wristband on different parts of the body! The new Learning feature in Atlas Wristband enables users to teach their Atlas basically anything.

What upcoming improvements to the app can we look forward to? Are there any plans to add for example a calendar feature (weeks, months, etc timeline)?

Yes, many of the features you listed, and more, will first be released on our upcoming web dashboard! I bet you’ll be impressed with the analysis and metric graphs that are coming soon.

What (and when) can we expect to see in Atlas Wristband 3?

Anything else you would like to convey to our readers?

The most important experience is Atlas learning where you can teach Atlas nearly every repetitious motion you want! This creates a fully personalized experience where you can track basically everything you do to get in shape.

The Atlas Wristband is definitely a compelling idea. An activity tracker that monitors all your movement in 3D and automatically logs exercises and repetitions, essentially taking away all the hassle of manually logging your gym workout sessions. There is certainly a market and a place for such a device.