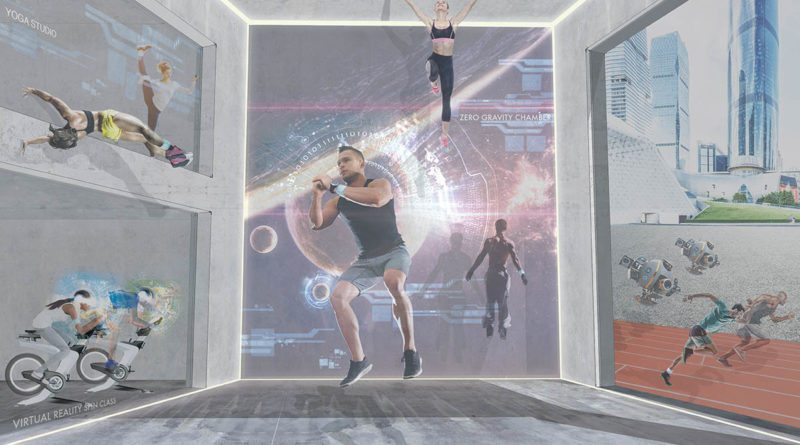 Technological progress will transform gyms during the next decade and bring virtual fitness into our homes says a new study by not-for-profit health body ukactive and fitness retailer Argos.

The research, which was conducted in July to be published on UK National Fitness Day 2016 (7th September), suggests we will be able to train side-by-side with computer animated versions of our favourite athletes, cycle world famous races in our livings rooms and use machines which trick our muscles into thinking we are working out.

Essential reading: Boost your gym session with these gadgets

As part of the study, researchers interviewed 1,079 UK fitness fans. More than a half of those surveyed said we can expect to engage with personal trainers via TVs and computers in 10-years’ time and almost two-thirds are optimistic that technological advances will keep them fitter.

This is in contrast to current statistics which suggest that the market is still in early development stages. Wearables are only used only by around one in five fitness enthusiasts. This proportion is expected to more than double during the next decade, with some 40% expecting their clothes to play a bigger role in logging their exercise.

One in five of respondents believe virtual reality will allow them to work out side-by-side with their favourite athletes and sports stars. Four in 10 envision virtual reality enabling them to run or cycle world-famous races like the Tour de France, making such activities much more enjoyable and fulfilling.

Our future commute to work may change as well. One in five expect expect that roads will have jogging lanes next to cycling lanes, while 8% think we’ll have drones accompanying us on our runs. Many offices already provide gym passes as part of insurance and company wellness programmes. Some four in ten expect their employer to provide this benefit in ten years time.

“With two thirds of those questioned expecting to be fitter in future, there is significant growth potential for the sector, with workouts from the home making exercise more accessible and providing the chance to engage wider demographics in physical activity.”

“National Fitness Day is the start of this future and offers thousands of opportunities for people to engage with their local communities and have fun getting active.”

Health and fitness clubs are clearly popular today and are expected to remain so in the coming years. They will need to change though in order to provide added value, and are expected to provide innovations such as anti-gravity workout rooms, studios capable of replicating different weather patterns and machines that ‘trick’ muscles into thinking they’re being exercised.