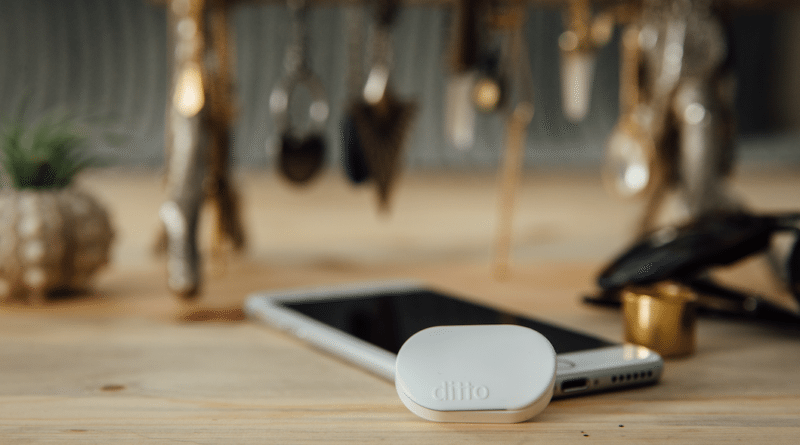 Ditto is not your typical wearable. Coined the “universal notifier,” this thumb size device acts as a surrogate to your smartphone, and gives off a little buzz to alert you of important messages.

The wearable comes from a California based outfit called Simple Matters. To fund product development, they launched a Kickstarter campaign two years ago and successfully raised $129,000 from over 2,000 backers.

We tested the device and found that for the most part, it works like it’s supposed to. Ditto is silent, discrete, and allows you to feel your phone from 50 to 100 feet away. It notifies you to calls, texts, emails, alarms, calendar updates, and even to a forgotten phone.

Essential reading: Ditto wants to make sure you never miss an important call

If you’re the type who likes to maintain constant contact with the outside world and tend to keep your phone in a bag, or if its important for your job that you don’t miss any calls, Ditto might be useful for you. The company is, however, facing much more competition now than it did back in 2014 when it launched its Kickstarter campaign. There are more and more smartwatches on the market, and ‘traditional’ activity trackers are increasingly adding notification functionality.

We sat down with Marc Guren, co-founder of Ditto and CEO of Simple Matters, to discuss the future of the company and where the market for wearables is heading.

Ditto is an interesting device. How did you come up with the idea for such a wearable?

My former partner and I worked on a number of products together—all of them had a common core of usefulness, simplicity and elegance. Several of our latest products involved smartphones which ultimately led us to the development of Ditto®. Our company philosophy is reflected in our name – Simple Matters®.

Ditto was born because of a real need and desire for a simple and elegant solution. While working on another product, I was having difficulty reaching my wife by phone or text. She usually carried her phone in her purse—like many women do—and either didn’t hear it ring or left it on vibrate or silent. Other times, she had left the phone on her desk at the office. Because of that fact, we came to the conclusion that Ditto could solve the problem of leaving phones behind for both women and men.

At the same time, we also recognized there was a conflict with everyone’s increasing smartphone use—the growing importance of not missing important notifications while also not being dependent on our smartphone to the point of social withdrawal. While a significant help, smartphones sometimes interfere and take away from its users being present to what’s in front of them or the task at hand. Given the importance – and cost – of our smartphones, we also recognized that it was crucial not to forget or lose them.

Ditto was designed to be personal, both in terms of each user being able to define and customize what is important to them, as well as being discreet in its notifications—no need for a flashy alert that might interrupt an event or bring undue notice to the user. Also, Ditto was designed to be simple, and to take care of its user, versus the user having to take care of it.

Who is your target market?

Anyone who has trouble hearing their phone or does not want to miss out on what’s important – whether calls, texts, app notifications, or their life around them. This market includes the Deaf, those who are hard of hearing and wear hearing aids, those who can’t hear as well but don’t want to admit it and people who frequently miss calls due to excessive noise or their smartphone on mute.

The device was very relevant when you launched the Kickstarter campaign back in 2014. With the advent and proliferation of smartwatches in the past couple of years, do you think there is still a market for Ditto?

When we ran a market validation study on Kickstarter in late 2014, we proved the need for and interest in the device. That being said, bringing a high quality consumer electronics product like Ditto to market is not an overnight or quick process, manufacturing, approval and distribution take time. The product was released in Q3 of 2015.

Yes, there is still a substantial market for Ditto for a variety of reasons. Smartwatches are not the answer for everyone, either due to configuration, fashion, functionality or cost. At $39.95 MSRP, Ditto provides the most important functionality of a smartwatch but in a discreet, elegant, simple to use format that does not require daily or even weekly charging. When the battery runs low after months of usage, Ditto prompts you to get a new one.

To be even more specific, Ditto has the following advantages over smartwatches:

What’s next for your wearable? Are you planning to release version 2.0? If so, what new features can we look forward to?

We just released a new App version 2.0 that substantially improves the look and feel of the product and adds substantial functionality. This was in response to consumer requests, especially among our Hard of Hearing and Deaf customers.

An interesting feature about the Ditto hardware device is that, unlike other devices at this price point, the firmware is updatable over the air. That means we can update it when there are changes to smartphone operating systems, new apps to add, or new features to add.

We are also working on further enhancements to the apps and accessories for the device. Beyond that, when Scott Cook gives you advance information about the features in Apple’s next products, we too can give you more details.

How do you see the wearable market evolving in the next 3-5 years?

We envision it getting simpler, better looking and more practical. These are all values we espouse at Simple Matters (because it does) and which we have tried to incorporate into Ditto and will continue to reflect in our future products.

Anything else you would like to convey to our readers?

We hope that they will give Ditto a try. Once you start using it, you’ll have trouble imagining why you didn’t have this before or why someone else didn’t invent it sooner. It makes a great holiday gift as well.