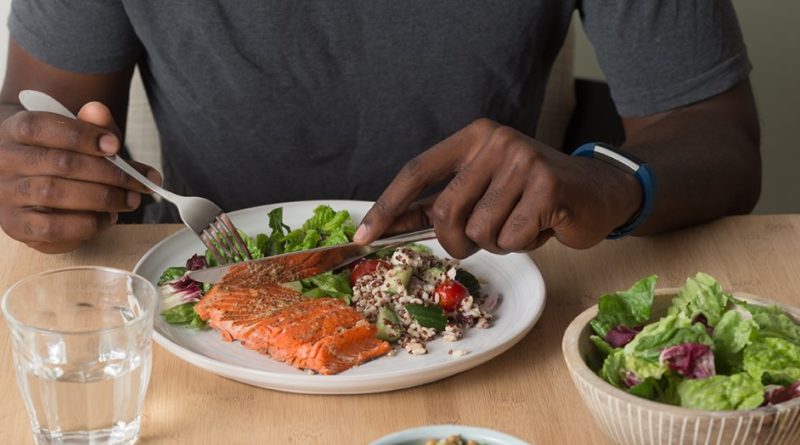 A study released earlier this week in the well respected Journal of the American Medical Association (JAMA), garnered a lot of press coverage. The research indicated that fitness trackers may not be the best tool to use if you are aiming to lose weight. In fact they might even hinder progress by giving you a false sense of security that you are being healthy.

The two year long study followed 471 young adults with body mass indexes indicating they were in the overweight or obese range. They were all put on a low-calorie diet, prescribed more exercise, and offered group counseling sessions. After six months, half the group were given a BodyMedia Fit Core armband, while the others continued as they were.

The study ultimately found that those with fitness trackers lost 3.5kg on average, compared to those left to their own monitoring (5.9kg). Instead of motivating users to do more exercise over the day, the survey found the devices were actually less effective at encouraging people to lose weight than simply following a diet and exercise plan. The problem wasn’t loosing the weight – it was keeping the weight off.

Before everyone abandons their Fitbits, Garmins or Apple Watches, it is not at all clear what can, in fact, be generalised from the study. While the findings are surprising, they may have suffered from a number of issues which may render the nuance of its conclusions flawed.

As MobiHealth points out, the research may have suffered from a problem “that’s increasingly common in efforts to use established research processes to study the effect of new technologies — namely, that the study was already outdated by the time it was published”.

The participants for this study enrolled between 2010 and 2012, with data collection finishing by 2014. Activity trackers have come a long way since then.

The tracker that was used for the study is the BodyMedia Core Fit unit which is worn on the upper arm, not on the wrist as is the case with most fitness trackers today. Instead of using heart rate to estimate activity like some devices do, it measured the heat generated by exercise. The company has since gone out of business after being acquired by Jawbone. In fact, Jawbone itself has failed to produce a new fitness tracker for over a year now.

In the meantime, we have seen a slew of new devices from Fitbit, Garmin and other manufacturers, and these wearables present a vastly different user experience with each new generation of device. For example, heart rate monitoring is quickly becoming a standard feature and apps offer a much improved user experience.

Also, in the age of connected tech, you no longer have to work-out on your own. Newer social features are turning these gadgets into powerful motivation tools. You can connect with friends on the apps and swap encouraging messages, compare workout stats, participate in leader boards, and more.

Aaron Coleman, the founder and CEO of Fitabase, took to Twitter to dispute the findings.

In another, he added that it is amazing how the media equates a study that tested the BodyMedia Core device with Fitbit Charge 2. And in yet another he said “and in other news, online social networks don’t work according to a new study of 300 people given MySpace accounts.”

Essential reading: Fitbit Charge 2, everything you need to know about Fitbit’s new tracker

The other interesting thing about the JAMA study is that all of the subjects were young adults aged 18-35. The wearables might work better for other age groups. Also, the participants of the study were given a lot of support including telephone counselling sessions, text message prompts and access to study materials on a website. In real life, obviously, most people won’t get the level of support to lose weight that the people in this study did.

Dr. John M. Jakicic, who headed the study, admitted himself that their findings didn’t prove that the devices are useless.

“We should not send the message that these wearable technologies do not help with weight loss – there were some in our study for whom it made a difference,” he said.

A spokeswoman for Fitbit said:

“The researchers point out that a limitation of their work includes the fact that they did not use a modern wearable device such as those offered by Fitbit. The upper arm device used in the study was limited to automatic data collection only.

“Most wearables today, including those offered by Fitbit, go far beyond data collection, offering individuals real-time access to their information, insights, motivation from associated social networks, and guidance about their health. We would strongly caution against any conclusion that these findings apply to the wearable technology category as a whole.”

The depressing take-away from this study was that despite the behavioural intervention to assist in changing obese young people’s diet and exercise habits, regardless of whether they wore a fitness tracker or not, they were all still obese after two years.