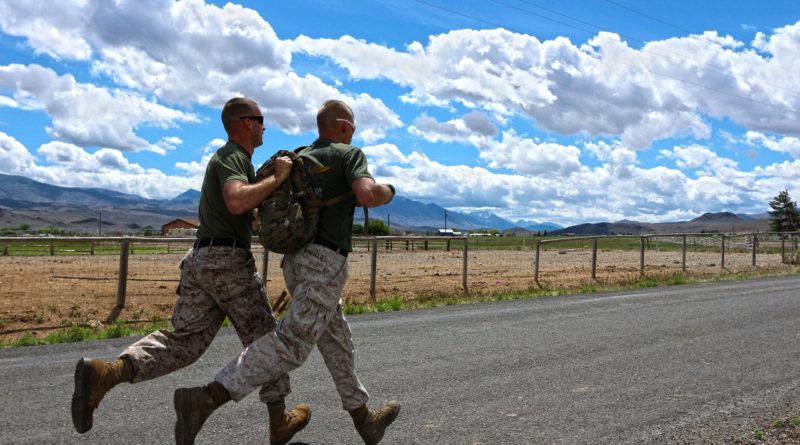 Fitbit bracelets have been handed out to overweight British solders in the hope they will slim down.

The UK has the third-highest rate of excess weight in western Europe behind Iceland and Malta. 67% of men and 57% of women in the country are overweight or obese.

Despite regular fitness testing and physical training, increasing numbers of armed forces personnel are facing this problem. Some 25,000 soldiers, or 18% of the UK Armed Forces are considered to be overweight or obese. In the three years to 2014, more than 32,000 soldiers have failed the basic fitness test, and 60 troops have been discharged for being obese since 2002.

The Sunday Times recently revealed 270 British soldiers had been given diet medication to help them manage their weight and a further 20 had undergone liposuction surgery. Between April 2014 and March 2016, around 800 members of the UK Armed Forces were diagnosed with type 2 diabetes.

“Studies generally have found obesity is rather alarmingly common in the British Armed Forces—stronger amongst enlisted ranks than officers and in the Royal Navy and Army than in the Royal Marines or RAF,” said BBC defence journalist Group Pádraig Belton.

And its not just a UK problem. The Pentagon recently disclosed data that shows nearly 8% of the military, roughly one in every 13 troops, is clinically overweight.

In a bid to combat the issue, overweight British soldiers who face being discharged have now been given Fitbit bracelets to assist them in losing weight. The Telegraph reports that one infantry unit gave every overweight soldier in the battalion one of the bracelets.

“Over 95% of our personnel routinely pass fitness tests, but a wearable technology device can be a useful tool for those who need to track injury-recovery and fitness,” the Ministry of Defense said.

Fitbit activity trackers are well suited for this task. Their devices are simple to use, reliable, look smart, provide great vitals statistics and have an excellent app behind them.

In 2016, we saw a number of new members of the Fitbit family. The first was the Blaze, an Apple Watch lookalike that puts fitness first. In the spring, Fitbit surprised us by releasing yet another tracker – the Alta. Both Alta and Blaze are a big leap forward for Fitbit in terms of design, although in terms of functionality it is fair to say that the company is styling up what it already has on offer.

The San Francisco outfit followed this up with the Charge 2 and Flex 2 activity trackers, both announced in August. Why change something that works? Again we saw a design refresh, with some added functionality. And for the Flex 2, water-resistance, a first for a Fitbit wearable.

When we as a society are gaining weight and military organisations have a limited pool from which to recruit, there is definitely potential for them to benefit from fitness tracking technology. The exact same technology that many civilians rely on to set healthy goals and motivate themselves to lose weight.