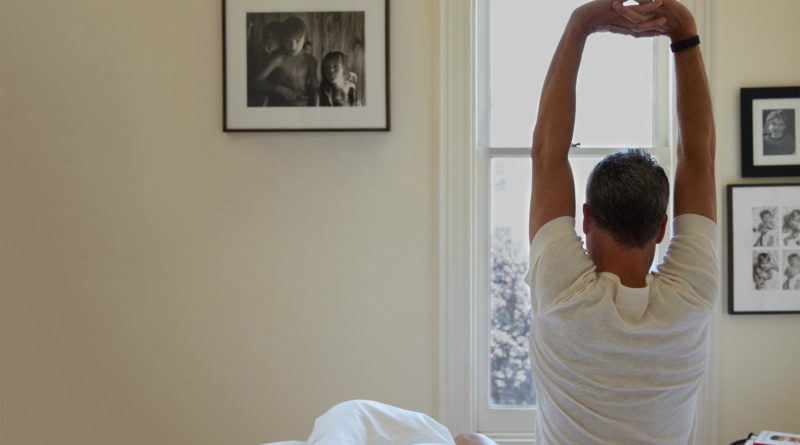 The US presidential race is the source of a significant amount of stress for more than half of all Americans according to a recent American Psychological Association survey. The breakdown by party is fairly even: 59% of Republicans and 55% of Democrats said this election caused them stress. Its not surprising, it was a very tight race for the most powerful office in the world.

Stress can lead to difficulty in sleeping, which we all know is very important as it plays a vital role in good health and well-being throughout your life. Getting enough quality sleep at the right times can help protect your mental health, physical health, quality of life, and safety.

But if you lost sleep during these presidential elections, don’t worry, you are not alone. Thanks to Fitbit we now know exactly how much sleep we lost on election night and during the debates leading up to the final vote.

Data from 10 million devices released by the San Francisco wearables manufacturer, indicates that US users lost about 30 minutes of sleep on election night compared to the prior two Tuesday nights. Overall, Fitbit users went to bed 16 minutes later and woke up 21 minutes earlier than on the prior two Tuesday nights. For comparison purposes, Fitbit users slept eight minutes less the night of this year’s Super Bowl.

“Typically the US average sleep duration varies by one to two minutes per weekday night, so a decrease in sleep duration of more than a few minutes shows a statistical change,” according to Shelten Yuen, Fitbit Vice President of Research.

It’s clear Donald Trump’s presidential election victory over Hillary Clinton kept many across the nation up until the early hours of the morning. After a long night and over 24 hours without sleep, Trump’s son, Barron, couldn’t seem to keep his eyes open when it came time for his father’s election victory speech. He embodied the feeling of a nation that struggled to keep awake late on election night.

During sleep, your body is working to support healthy brain function and maintain your physical health. The way you feel while you’re awake depends in part on what happens while you’re sleeping.

Some people aren’t aware of the risks of sleep deficiency. In fact, they may not even realize that they’re sleep deficient. Even with limited or poor-quality sleep, they may still think that they can function well. Which is not always the case.

Fitbit users in Washington, D.C., lost the most sleep on election night, nearly 50 minutes. Alaska and Hawaii lost the least sleep, 16 minutes and 17 minutes respectively. Its likely the time difference worked in their favor and they knew the outcome of the election well before bedtime.

For example, during the first presidential debate, Fitbit users slept 4.2 minutes less on average than on the Monday before. This was more prominent for those in the Eastern time zone than in other areas of the US, again because of time zone differences. Nevertheless, other states lost sleep as well despite the debates ending hours before usual bedtime. Data from two other wearables companies, Jawbone and Withings also showed users losing statistically significant amounts of sleep on debate nights.

The elections have clearly stressed out many of us. The longer stress lasts, the worse it is for both your mind and body and the more difficult it is to recover. Over two-thirds of office visits to physicians are for stress related illnesses. It is also called the ‘silent killer’ as it contributes either directly or indirectly, to a host of medical conditions.

Stress can be positive, keeping us alert and ready to avoid danger. It becomes negative when a person faces continuous challenges without relief or relaxation. This can lead to negative health implications such as headaches, fatigue, sleeping disorders, digestive problems, high blood pressure, heart diseases, aging and obesity.

Essential reading: How to relieve stress – technology to help you chill

In the world of wearable technology, tracking fitness activity is typically the main goal. However, a growing number of devices are trying to gauge our state of mind. Reducing your stress levels can not only make you feel better right now, but may also protect your health long-term.

Or, you could always switch off the news, and take up yoga.