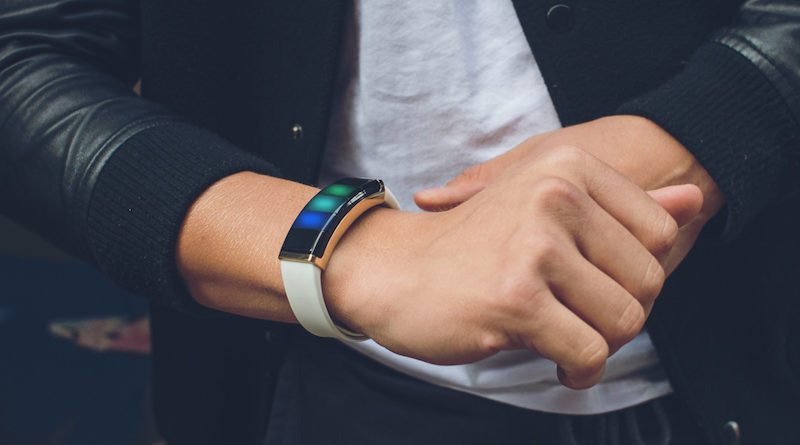 If you are a fan of Niantic’s Ingress game, you’ll be happy to know that there will soon be a Fitbit style gadget for the game. But that’s not all. Montreal-based Mighty Cast announced at CES 2017 two wearables. The second one treads the line between a fitness tracker and smartwatch, but its unlike anything you’ve seen before.

Nex Evolution is a futuristic looking wristband with five touch sensitive, programmable buttons called Mods that communicate through vibration and light patterns. With over 50 light patterns to choose from, each Mod can be programmed to perform a certain function.

For example, you can set it up to play your favorite music, open your garage door, turn on lights, get a sports update, take a selfie, or do just about anything else you can imagine. These Mods can also be programmed with IFTTT so the possibilities are endless.

With a battery life of up to four days, the device performs basic fitness tracking functions as well, and will monitor your steps, calories and distance. Nex Evolution will go on sale in February for $80.

The second device will go on sale a bit later at a yet undisclosed price. The Ingress-specific Mod Band looks pretty much the same, but has been made in partnership with Niantic to make playing its Ingress game even more fun.

The band’s main function will be dropping a pin on the map to share with teammates, but you will also be able to receive faction-specific notifications and trigger sound effects. Additional functionality is planned for the future. Niantic is launching an Ingress model at first, but a Pokemon Go variant could follow shortly after.