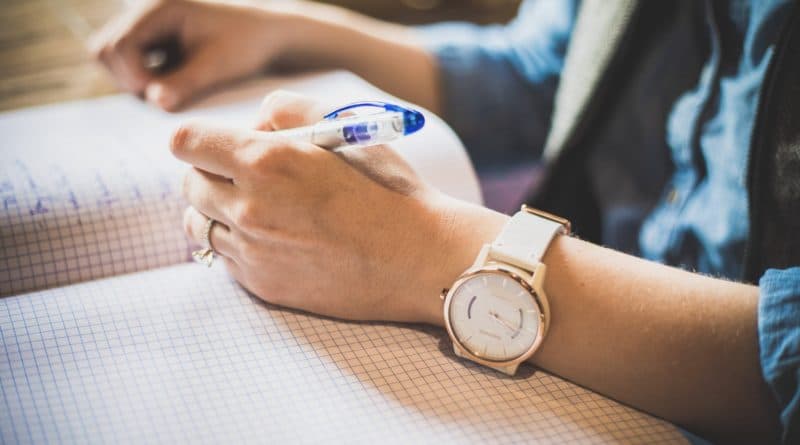 Garmin’s Q4 results came in much better than expected. The company on Wednesday reported a 10% boost in revenue, and the strength was largely due to sales in the outdoor, fitness, marine, and aviation segments.

Fourth quarter revenue amounted to $861 million, slightly above analysis’s expectations, while earnings of 73 cents per share beat the consensus mark by 25.9%. The fitness segment performed particularly well. It increased 44.9% over the previous quarter, and nearly 20% year on year. The news gave Garmin shares, which have climbed 23% over the past 12 months, a 6.1% boost to $53.50.

“2016 was a remarkable year of growth driven by strong sales in our outdoor, fitness, marine, and aviation segments,” said Cliff Pemble, president and Chief Executive Officer of Garmin Ltd.

“Entering 2017, we see additional growth opportunities ahead and we are well positioned to seize these opportunities with a strong lineup of great products.”

Garmin’s solid performance was contrasted by Fitbit’s dismal holiday season. The company posted its first quarterly loss since going public, with sales declining to 6.5 million from 8.2 million in the same quarter last year.

The wearable device maker reported a net loss of $146.3m in the three months to December, on revenue of $573.8 million. For the year as a whole, Fitbit reported $2.17 billion in revenue. The company’s shares were flat in after-hours trading, after closing at $5.88 yesterday – a fall of 64% during the past 12 months. 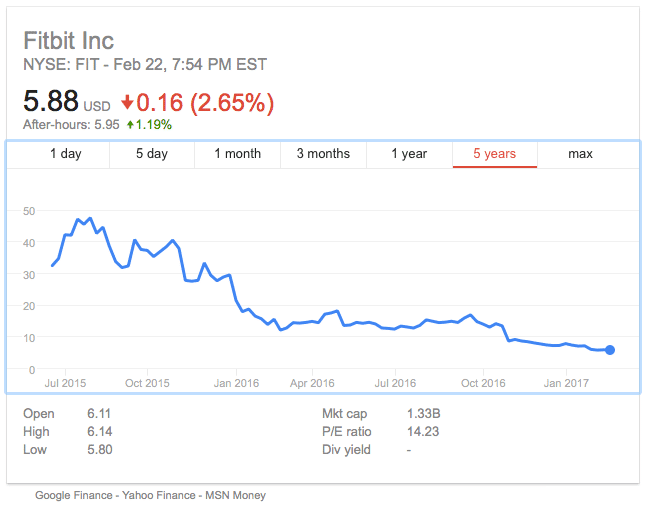 Fitbit attempted to reassure its investors that the problems in the second half of last year were due to saturation among “early adopters” and heavy discounting by competitors. The company is taking action to reduce operating costs, improve efficiencies, and strengthen performance. At the same time, Fitbit revealed it spent a total of $23m in the fourth quarter buying assets from Pebble and $15bn from Vector to help build its smartwatch.

“Our ten-year history of building this category, coupled with our powerful brand and engaged global community gives us confidence we are making the right investments to support our vision and drive long-term success,” said James Park, Fitbit co-founder and CEO.

“We will leverage our leadership position, recently acquired talent and IP, and the valuable data we collect to improve demand and continue to set the pace of innovation for the industry…”

Going forward, first quarter revenues are expected to come in around $270m-$290m, below analysts estimates of $307m. Nevertheless, Fitbit is optimistic that its full-year revenues for 2017 will be in line with Wall Street’s forecasts at $1.5bn-$1.7bn.