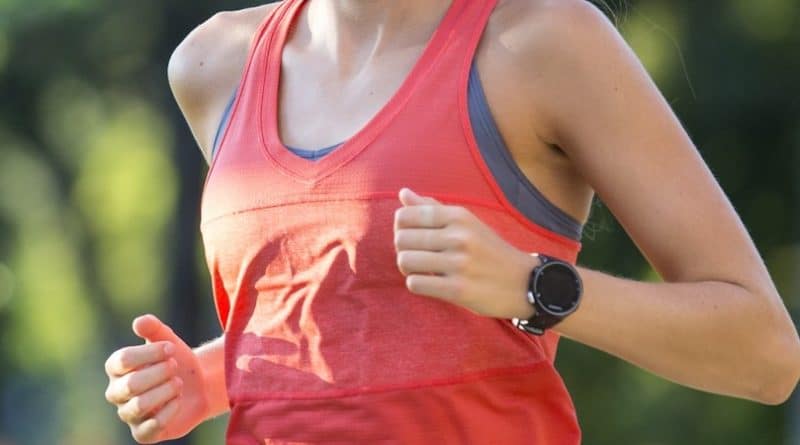 A Huffington Post and Buzzfeed food blogger has been disqualified from the Fort Lauderdale Half Marathon after data from her fitness tracker was used to accuse her of being a marathon cheat.

Harvard graduate Jane Seo, 24, took second place in the half marathon with a time of one hour and 21 minutes, but aroused suspicions after an official noticed that she finished the second half of the race unusually fast. Her results equated to a 7:09 minute/mile pace for the first half and a 5:25 minute/mile for the remainder of the race. Seo denied any wrongdoing and was able to convince race director to keep her listed as the second-place winner, the Miami New Times reports.

The results, however, caught the eye of Derek Murphy – a business analyst who runs marathoninvestigation.com in his spare time. Murphy dug out a photo of Seo at the finish line, and zoomed in on the Garmin Forerunner 235 she used to clock herself. Although the time on the watch matched her official finishing time, the distance covered was just 11.65 miles, or some 1.45 miles short of the full half marathon distance. There was more evidence once Murphy looked at her half mile splits.

Later that day, Seo posted a second set of data from running app Strava — a social network for athletes — but the cadence and heart rate data was more in line with a person riding a bicycle than someone doing a run. She finally came clean and apologized in an Instagram post.

“I made a HORRIBLE choice at the Ft. Lauderdale Half Marathon on Sunday, Feb. 20,” Seo reportedly wrote.

“I wasn’t feeling well so I CUT THE COURSE and headed to the finish line. I got swept away in the moment and pretended I ran the entire course, when in fact I CHEATED and should have DISQUALIFIED myself.”

The runner ‘s completion time has been deleted from the Fort Lauderdale marathon page.

Head to this page to read Murphy’s full report.