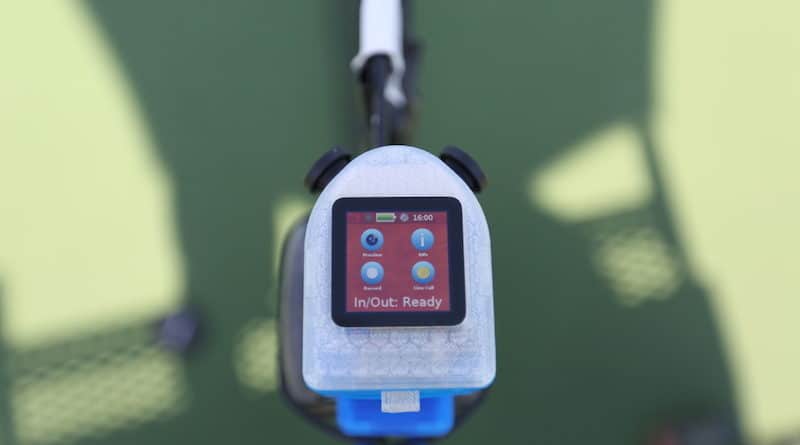 While tennis is steeped in tradition, it was actually one of the first sports to embrace technology. Hawk-Eye has been an integral part of the game since 2002 and continues to deliver innovative solutions that truly enhance the experience for players and fans alike.

But what if you could have your own personal hawk-eye system? It would once and for all put an end to those tennis club weekend screaming matches! Often one bad line call leads to two, and so on.

French inventor Grégoire Gentil wants to put a stop to this with a small device that can be fastened to any tennis net post in less than a minute. In/Out, as its called, detects which side of the line the balls are at with 99% accuracy. Gentil, a keen amateur tennis player, lives in Palo Alto and built the In/Out in his living room lab. 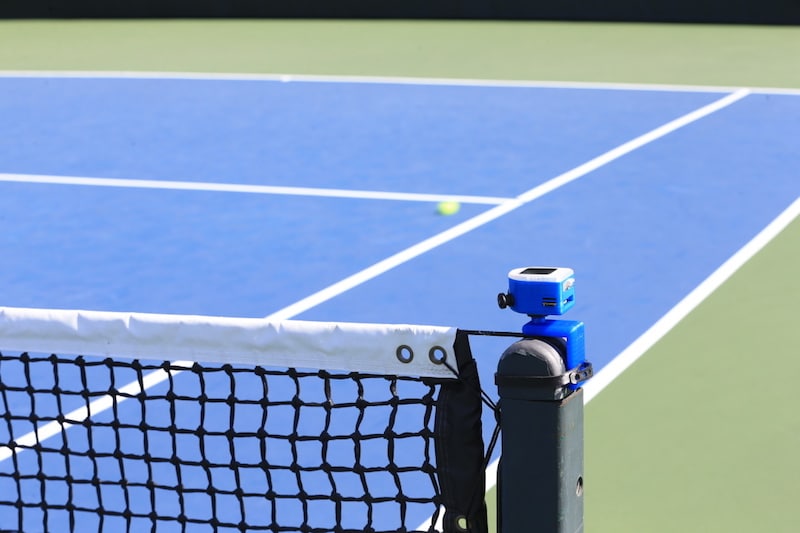 One device is enough to monitor both sides of the court. Before you start the game, press the ‘on’ button on the screen and the gadget’s two cameras will quickly scan the court to find the lines. The AI algorithms will then monitor the play action and keep track of the ball’s flight. These are the same sophisticated AI algorithms that provide line-detection for self driving cars.

It sounds almost too good to be true. You will get real-time light and sound notifications that signal whether the ball is in or out. On close calls, both players can rush over to watch a video replay on the In/Out screen. So no more asking your opponent “Is it in?”, “Is it out?”, “Are you sure?!…”. There is an accelerometer inside the device that also detects let serves.

Essential reading: How technology is changing the game of tennis

Admittedly, the device is not perfect. It has a 20-millimeter margin of error compared with about 3mm for the Hawk-Eye system. This equates to a precision of two to three centimetres in average. Nevertheless, the technology is definitely better than your eye, Gentil says. Also, the camera may get confused during doubles matches if a player is blocking its line of sight. Gentil suggests using two In/Outs for doubles matches. They are pre-programmed to communicate with each other. 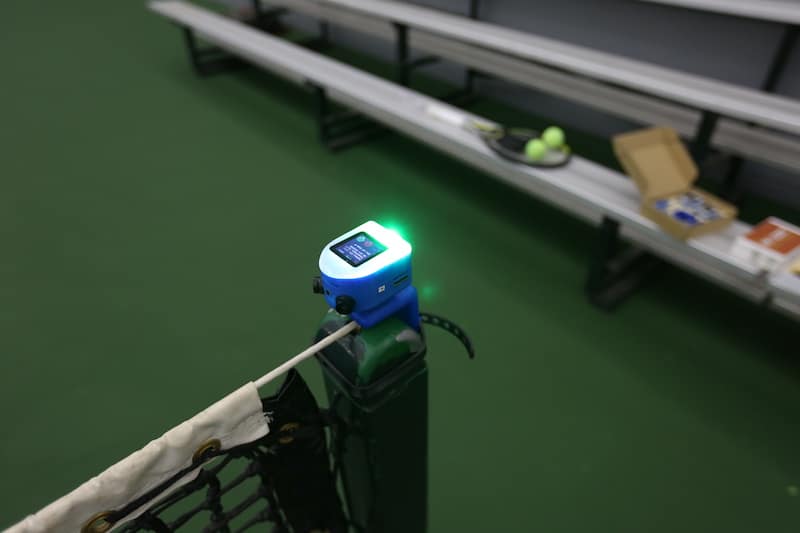 The concept is not entirely new. Smart Court systems such as Playsight and Mojjo have already been installed at a few hundred venues across the US and Europe. These are systems that involve a number of permanently fixed cameras that record everything that happens during play. They come, however, with a hefty $10,000 price tag. In/Out promises to do all this for a fraction of the price, potentially bringing automated line calling to the mass market. 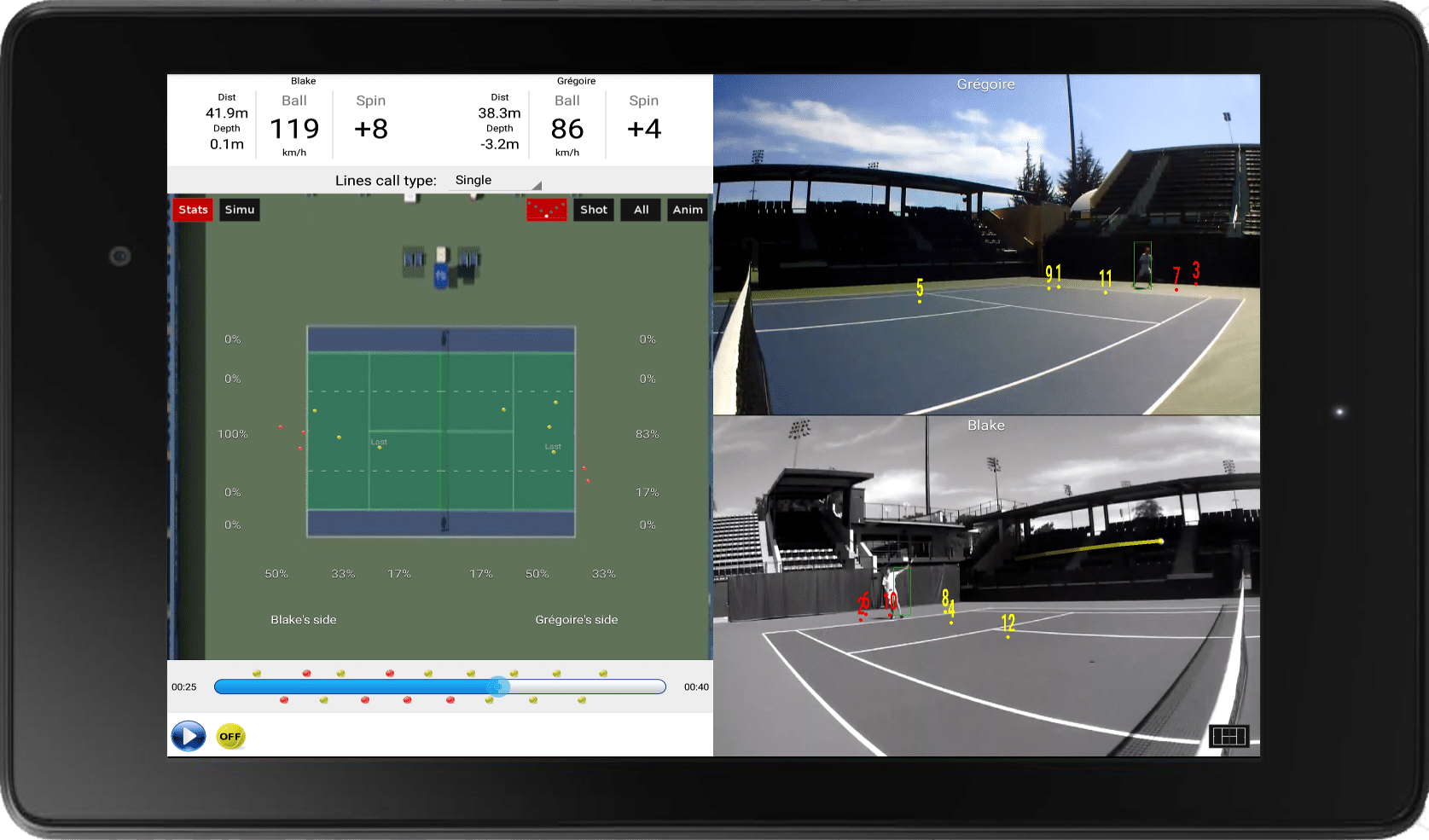 An added bonus is the stats analysis. The gadget will track the ball speed, spin and location with 99% shot recognition accuracy. HD video features an augmented reality overlay. Distance covered by players and their depth position are calculated in real-time. Further analysis will show shot placement with percentage by zone as seen on TV, calculated for both players. Additionally, shot height and position can be optionally obtained.

In/Out can work on any court – hard court, carpet, clay, grass – as long as there are a few white lines. The battery runs more than two hours in line call mode, and one hour and half when recoding or streaming 1080p video.

In/Out can be purchased on the manufacturer’s website. You can also check out the video below.