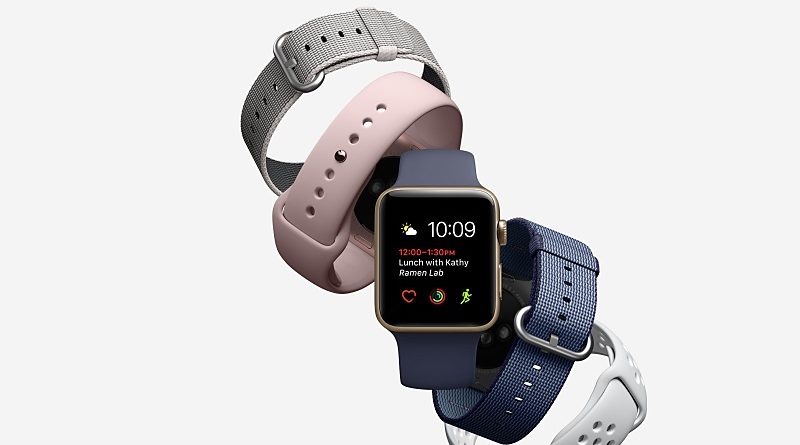 The most used fitness feature of smartwatches is tracking steps. This is amongst the findings in a study of wearable devices in US broadband households (currently numbering 13.3 million), conducted by Parks Associates. 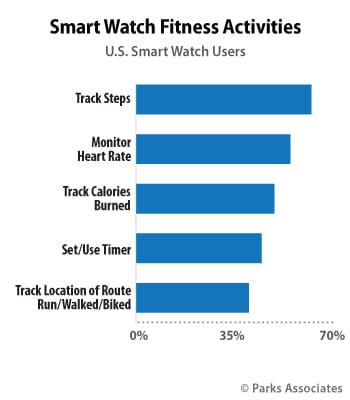 Just over 1 in 10 (11%) US households now own a smartwatch with Fitbit and Apple devices cited as the most commonly used connected health devices in the survey. Nearly 1 in 5 (18%) of households own a wearable device, 10% of which have both a fitness tracker and a smartwatch.

“Purchase intentions for smart watches have nearly doubled since the third quarter of 2015, and the device has a high NPS (net promoter score), which bodes well for future adoption,” Harry Wang Senior Director of Research said.

“The smart watch industry learned that it has to continue to innovate to sustain consumer purchase interest, and health and fitness functions are high among their investment priorities…”

People who wear smartwatches use them for other other things as well, of course. According to the Parks Associates study: 56% of Apple Watch owners reply to notifications with their device each week, 50% check the weather, 45% make or receive phone calls with their device and just under a third search for information with voice commands on a weekly basis.