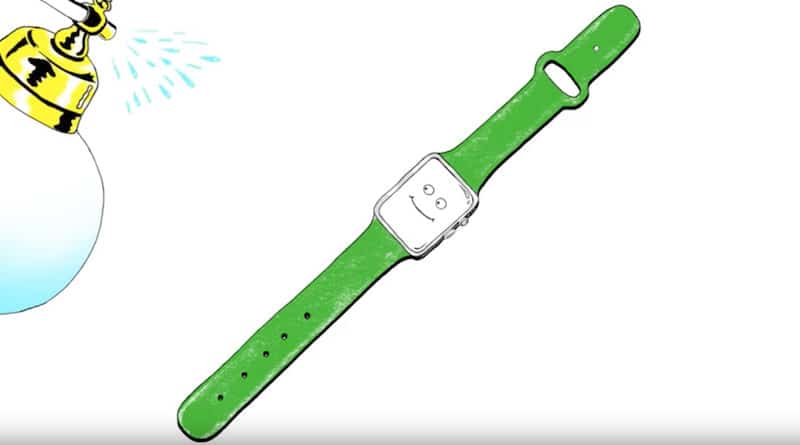 Here is a fun fact for a Friday afternoon. Did you know that Apple makes half a gallon of fake human sweat every day so that it can test its products when things get a little bit icky?

The company employs a lab technician whose job description includes producing the liquid. This is done to see how various products such as the Apple Watch react to it. While the usual concerns for gadget buyers focus on specifications, with the advent of fitness trackers and smartwatches, consumers have now added considerations about their own skin sensitivity to the list.

The interesting revelation came from as part of a batch new videos Apple released to commemorate Earth Day.

“We want to mimic actual use conditions, but we’re not going to go around collecting sweat from human employees.”

First celebrated in 1970, Earth Day is an annual event that is honoured in nearly 200 countries. Various events are held across the globe to demonstrate support for environmental protection.

Essential reading: How to avoid getting a rash from your fitness tracker

Fitbit made the news back in 2014 with the recall of its Force wearable fitness tracker after some users developed rashes on their wrists. The device had been on sale for just five months and was supposed to be the high-profile successor to the Fitbit Flex.

But rashes aren’t just a Fitbit problem. In the past, Jawbone, Garmin and Polar users have also complained about rashes and burns. When the Apple Watch first came out, there were some scattered reports that it could irritate skin as well.

As part of Earth Day, Apple is is also offering its smartwatch users the chance to earn a new special badge, as long as they log 30 or more minutes of exercise on Saturday April 22nd. The Cupertino company will reward you with a shiny new icon in the Activity app and a custom iMessage sticker.