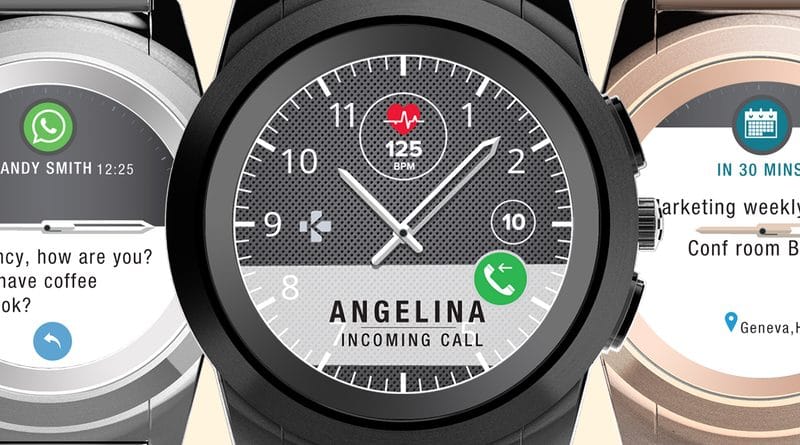 There is very little you can do when crowdfunding goes wrong. But despite some spectacular fails over the years, as of today two currently open wearable tech campaigns have smashed through the $1 million mark.

Arguably, the more impressive of the two comes from Swiss firm MyKronoz. Their campaign to deliver a smartwatch called ZeTime has raised $5.3m on Kickstarter so far. This makes it the most-funded crowdfunding project ever from a European company.

Essential reading: Top hybrid watches of 2017 – the best of both worlds

ZeTime is the world’s first hybrid timepiece combining mechanical hands with a full round color touchscreen. That means, its bringing you the best of both worlds. To achieve this, there is a hole drilled at the center of the console onto which the hand gears are secured. It sports some clever technology to move the hands out of the way when you are reading notifications, along with up to 30 days battery life, water resistance, an optical heart rate sensor, and a host of smartwatch and fitness tracking features.

“We are achieving this success in the context of a wearables market where mainstream adoption has not yet taken off,” said Boris Brault, CEO and founder of MyKronoz.

“Bringing the best of Swiss design and watchmaking expertise into a wearable device. The huge momentum of this Kickstarter campaign has really been another market validation for us.”

With just over a day left in its Kickstarter campaign, Upright’s effort to launch their second generation posture correcting wearable has also pushed past the $1 million mark. The campaign was actually fully funded in less than 90 minutes from the time that it launched.

Upright Go is smaller than its predecessor, attaches to the upper back, its more affordable ($59), and its designed for on-the-go lifestyles with two modes for both tracking or training. This means you can wear it while sitting, standing, walking or driving. The new edition also does away with disposable adhesive pads and replaces them with reusable stickers.

Crowdfunding has given a jump start to thousands of startup entrepreneurs since the concept‘s initiation in 2006. Sites such as Indiegogo and Kickstarter, has been used to fund a wide range of entrepreneurial ventures such as artistic and creative projects, medical expenses, travel, or community-oriented social entrepreneurship projects.

But don’t forget, if you decide to participate in a project there are no guarantees and in most cases it is not possible to seek a refund. You are not purchasing something on Amazon!

With that in mind, have a look at our pick of interesting and/or promising health and fitness gadgets and wearables crowdfunding campaigns.