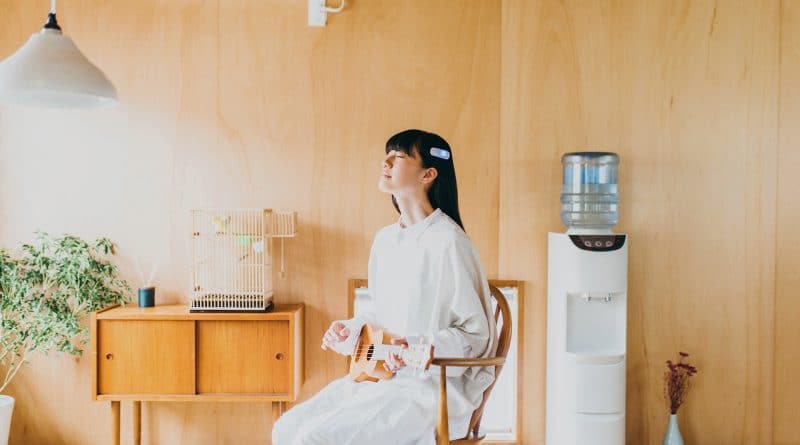 Ontenna is a small gadget intended to be worn in the hair that translates sound into vibrations. The wearable, which was originally announced last year, is likely to go into production later this year. The company hopes to manufacturer it for well below the cost of a hearing aid.

Developed by Japanese based Fujitsu in co-operation with deaf persons, Ontenna resembles a bulky hair clip. Once attached, the gadget senses and converts sound pressure in the range of 30dB to 90dB into different levels of vibrations and light intensity. The concept of this device is to “experience sound through strands of hair, much like the whiskers of a cat can sense movements in the air.”

By converting the cadence pattern of a sound source in real time, a user can experience the sensation of a sound’s rhythms, its patterns, and its volume. While the gadget does not function like a hearing aid, someone wearing it would be able get a audial sense of their surroundings through the 256 different levels of vibrating feedback. These would be experienced as sensations through your hair.

For example, if someone is sitting in their home and the doorbell rings, the device will vibrate to mimic the sound. Or if someone is doing the vacuuming and the cord comes out of the wall socket, the user would be able to pick up on the sudden drop in noise.

According to Wired, around 1,000 units will be manufactured. In the first instance, these will be distributed to deaf and hard of hearing people as part of an extended trial. There will be two versions – a larger one with Bluetooth and a smaller one without. Further down the line, the company has also set its sights on an earring type Antenna.