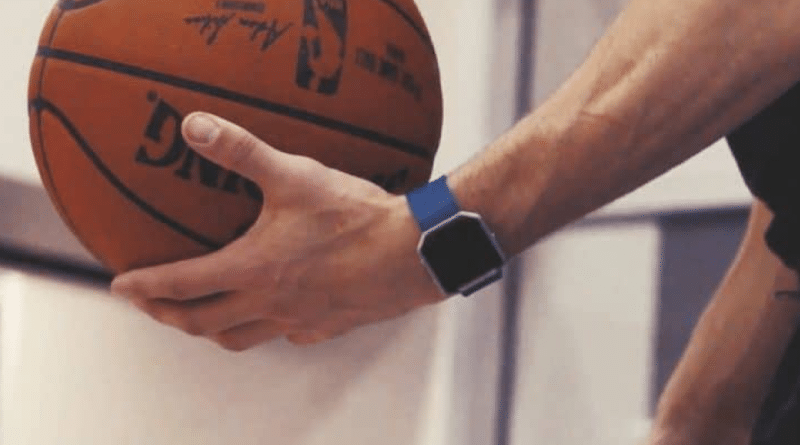 The wearable tech giant Fitbit is getting into the NBA jersey advertisement game.

The San Francisco outfit announced a three year partnership deal with the Minnesota Timberwolves. This is the first time a wearable tech company has linked up with an NBA team. The Timberwolves were among four other teams bidding for Fitbit’s business.

You won’t see its fitness trackers on players wrists though, as NBA regulations prohibit the use of wearable technology during official games. Instead, it will be used between matchups, to track areas of sleep, recovery and nutrition.

“This is going to change the way teams evaluate these types of deals and relationships going forward,” said Timberwolves CEO Ethan Casson.

“This is different than anything I’ve seen before.”

As part of the marketing collaboration, beginning with the 2017-18 season Fitbit will gain advertising space in the team’s stadium and will be featured on a jersey patch. Its wearable technology will also be used to improve the health and fitness of Timberwolves players, coaches and staff.

“They were looking at it as an opportunity to tell a bigger story around innovation and health and wellness.”

The jersey patch will debut in October during two exhibition games against the Golden State Warriorsas part of the 2017 NBA Global Games in China. The wearables will also be used with the Iowa Wolves team, which will serve as a testbed for the technology. The team was recently purchased by the Timberwolves.

“There’s a little bit more flexibility there to experiment and go deeper than at the NBA level,” Rosa added.

“Being able to have access to some of the fittest athletes in the world on a regular basis to look at how sleep and hydration impact recovery is really exciting for the athletes, trainers, and our research teams.”