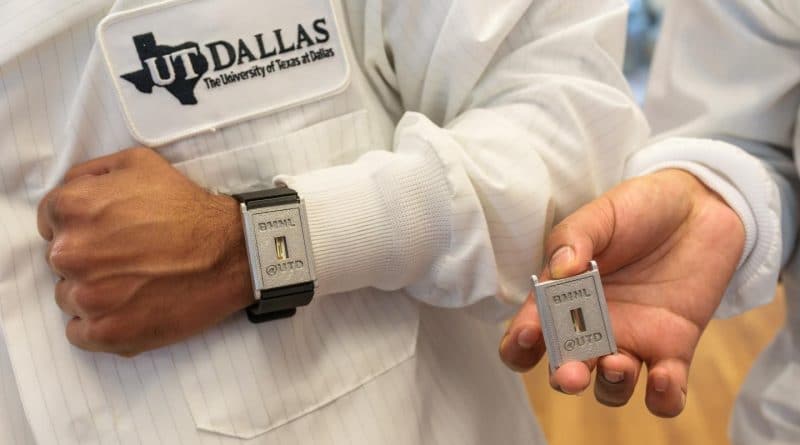 A new, non-invasive option for controlling diabetes may be just around the corner. Scientists at the University of Texas at Dallas have developed a wearable that is capable of managing the condition just by monitoring a patient’s sweat. The study was published in the journal Scientific Reports.

Diabetes is a lifelong condition that causes a person’s blood sugar level to become too high. Globally, it is estimated that over 380 million people suffer from the disease. People throughout the world are encouraged to learn about risks and warning signs.

Scientists have been looking for a non-invasive way to monitor the levels of glucose in people with diabetes for a long time now. This is considered to be the holy grail of diabetes treatment. The current method involves pricking your fingers multiple times a day.

The new wearable diagnostic biosensor can detect three interconnected compounds – cortisol, glucose and interleukin-6, for up to a week. The University of Texas at Dallas team showed that the measurements are accurate with just one to three microliters of the liquid, much less than the 25 to 50 previously believed necessary.

“Type 2 diabetes affects so many people. If you have to manage and regulate this chronic problem, these markers are the levers that will help you do that,” said Shalini Prasad, a professor at The University of Texas at Dallas in the US.

“We believe we’ve created the first diagnostic wearable that can monitor these compounds for up to a week, which goes beyond the type of single use monitors that are on the market today,” said Prasad.

The Team wanted to make a product more useful than something disposable after a single use. Because the wearable measures and tracks multiple molecules over time, it also tells a story about a patients health. Further steps will include building in a small Bluetooth transceiver to send data to a smartphone, and developing an app.

“With the app we’re creating, you’ll simply push a button to request information from the device,” Prasad said.

“If you measure levels every hour on the hour for a full week, that provides 168 hours’ worth of data on your health as it changes.”

There is no information when such a device would become available. Hopefully not too long. Prasad says, throughout the development process the Team used processes that could easily be scaled up to allow for mass production. Best of all, the cost of manufacturing will be as little as 10 to 15 cents – comparable to what it currently takes to make single-use glucose test strips.