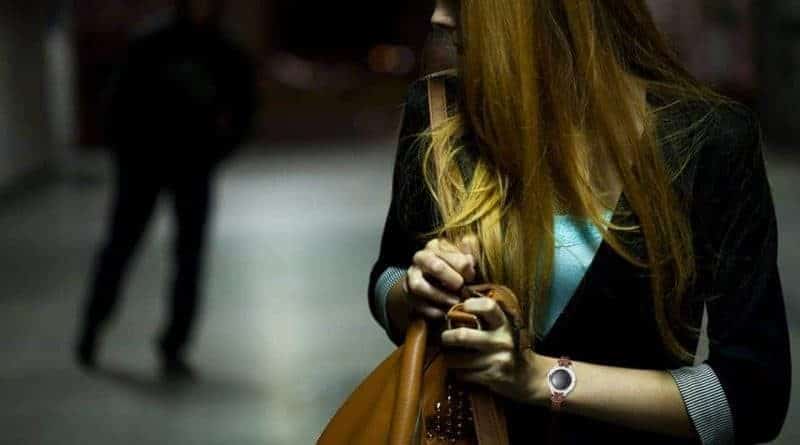 It is not often that we post reviews of safety wearables, the reason being there simply aren’t that many. Although panic buttons have been around for a while, its only recently that they’ve become smaller, wearable and more fashionable. Some of these are unisex in design, but most are intended for women.

Chic and elegant, Ivy is one such wearable. It comes from a Singapore-based technology startup called Smartfuture but has made its way across the border now and is sold internationally on Amazon and GetmyIvy.com.

We’ve all read headlines of assaults against women in India. These cases sparked intense discussion about safety of women, and what could be done to improve the situation.

With Ivy, Smartfuture is hoping to help improve the situation, along with Government initiatives requiring all phones sold in India to be equipped with a panic button functionality. Smartfuture is also working with NGOs in the country and the police to serve as guardians.

Ivy can be worn as a chain necklace or a leather bracelet and to this end it comes in a smart box containing various accessories. The IP65 water-resistant device is designed with handcrafted Cubic Zirconia stone set in a silver plated frame attached to a touch sensor and haptic vibration motor.

The smart jewelry comes in a number of different colors to appeal to differing tastes. This includes Black, Red and Purple, with Pink and Champagne to come in the future.

Thankfully, this is one less device you will need to charge. Due to its power efficient internal components, Ivy’s CR2032 coin cell battery will keep it going for up to six months (depending on use). Rather conveniently, you will find an additional replacement battery in the box. To swap the battery, simply twist the top cover open, and pop the new battery in making sure its facing the correct way.

Its worth pointing out, this is a budget friendly device. So while it looks perfectly fashionable and smart, don’t expect high-end designer jewellery. After all, the company was looking to come up with something which is not only practically feasible but also affordable.

Ivy works on Bluetooth Low Energy and syncs with a smartphone app. To start off you need to download the software from the Play Store or App store depending on the model of your phone. Sign up for a new account using your email address and a phone number. Then click on the link received in the email to verify your account. I found all this working without a hitch.

After logging in you will need to pair the smartphone with your device. This is easily done through the app by activating the ‘scan device’ page and tapping on Ivy, at which point you will feel a vibration. Add a name and picture and you are set to go. The diamond icon in the app shows whether the device is connected. 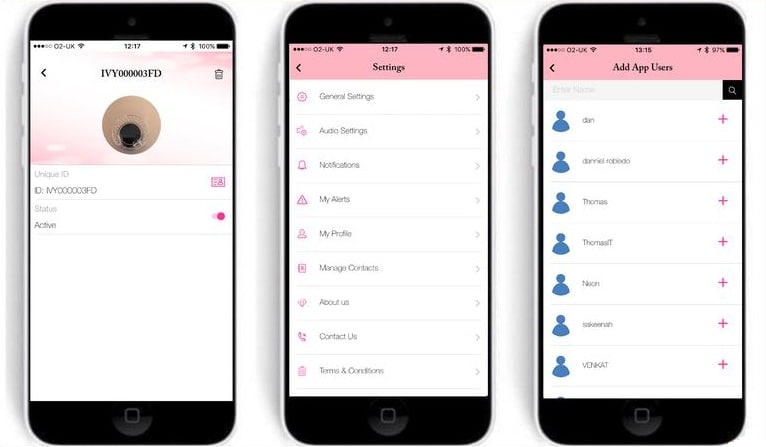 Everything else is managed from the settings pages in the app. Here you will need to add your ‘guardians’, you can tweak audio for the alarm, change the password, etc.

There are two types of ‘guardians’ you can add – phone users and App users.

The first are existing contacts that are already entered in your smartphone directory. If the phone book contacts do not have the IVY app, they will still receive alert messages as SMS.

The second are users who already have Ivy installed on their smartphone. They are sorted by vicinity, the closest appearing at the top of the list. You’ll also find some highlighted App users or users recommended by the Ivy team. They could be NGOs, police or other authorities.

The wearable functions based on haptic feedback, i.e. Ivy is activated by tapping on the stone. I found that you do need to press semi-firmly, which is probably a good thing as it reduces the chance of activitying the alarm by accident.

In the event of an emergency, double tapping the stone emits a loud sound to scare off the attackers. The alarm will keep going for 5-15 seconds (as long as your phone is not on mute!), and can be switched off from your smartphone.

Triple tapping on the device sends an automated SOS alert. Once you have activated this function, the app will ask whether you are in danger. This gives you a brief opportunity to switch off the alert. If you reply yes, or simple leave it without a reply, an automated 5 second audio recording will be generated, and sent along with your location via SMS to the nominated ‘guardians’. 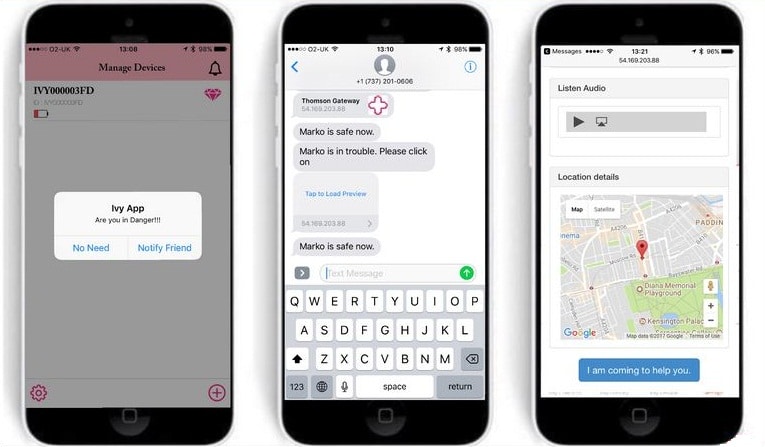 Guardians can view your location on a map and click on ‘I’m coming to help you’ to send you a notification. Smartfuture says the location of the user who has activated the alarm is precise up to 100 metres. ‘Guardians’ also have the means to see other ‘guardians’ who have received the SOS message, and you have the option to mark yourself as ‘Safe’.

Finally, four taps on the stone triggers a phone call to the nominated primary ‘guardian’.

In my testing of the device, I found that it worked as advertised. It is worth noting, for the wearable to function as intended, you do need to remember to keep the Ivy app open in the background. You also need to be less than 120 feet away from your smartphone.

Admitedly, I am based in the UK so have only tested the wearable in this country. But the SMS alert message was sent from a server in Texas, so I am assuming the device would work just fine in the US.

Not just for women, I can envisage Ivy functioning as an inexpensive SOS button for the elderly as well. The company is already working on other devices for men and kids to be launched later in 2017.