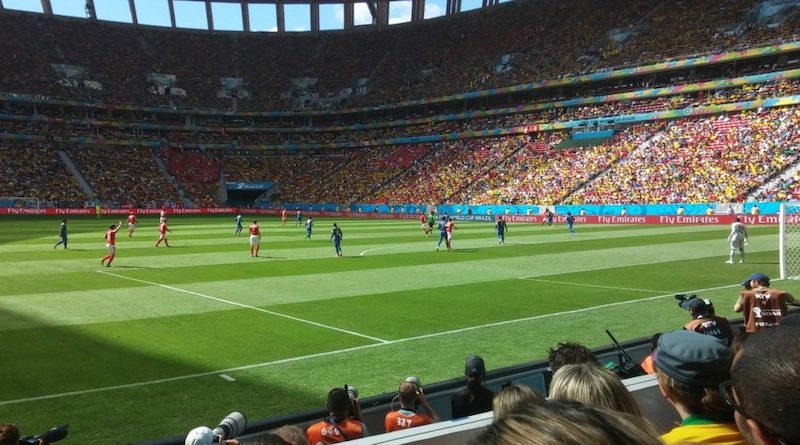 We hear very little when it comes to fitness technology and soccer (football for our European readers). Much less than say basketball, golf or rugby. Its fair to say the world’s most popular sport has not been quick to adopt new technology.

Throughout the 2000s various incidents incited discussion as to the potential for goal-line technology in the game. The lack of use of technology was contrasted with other sports, which had incorporated video replays and other systems into their rules. It was not until July 2012, that the International Football Association Board (IFAB) officially approved the use of goal line technology, amending the Laws of the Game to permit (but not require) its use.

Although a bit late to the party, the sport’s governing bodies have recognised wearable technology is a growing field. Last November, FIFA and the International Association Football Board (IFAB) hosted a number of meetings to explore developing a global wearables standard for the game. They invited the industry to Zurich, to learn more about how these systems work. Presentations to the two bodies were made by a number of manufacturers.

Some teams already use these types of gadgets in training to monitor a variety of health and fitness statistics such as energy output, endurance, nutrition, sleep patterns and levels of fatigue. The goal now is to develop a global standard for integrating some of this technology into live matches, to help doctors, players and coaches. This would also open a whole host of possibilities for broadcasting, allowing fans to view in-depth player statistics.

It seems the wait may soon be over. In an interview with Engadget, IFAB Secretary Lukas Brud confirmed that a decision on when and how fitness technology will be implemented in the game is scheduled to land next March. He added that one of the main challenges will be figuring out if the team or players own the data. Apparently, there are already some 50 firms working with teams and players on testing different devices.

The sport is embracing wearable technology, and that’s definitely a good thing. Although these new gadgets have the potential to give teams a leg up, coaches will need to take a host of factors into consideration when deciding which players to pick. When it comes to the beautiful game not everything can be measured through heart rate, fatique or the number kilometres a player has covered on the pitch. There is something to be said for raw talent, and you can’t put a number on that.