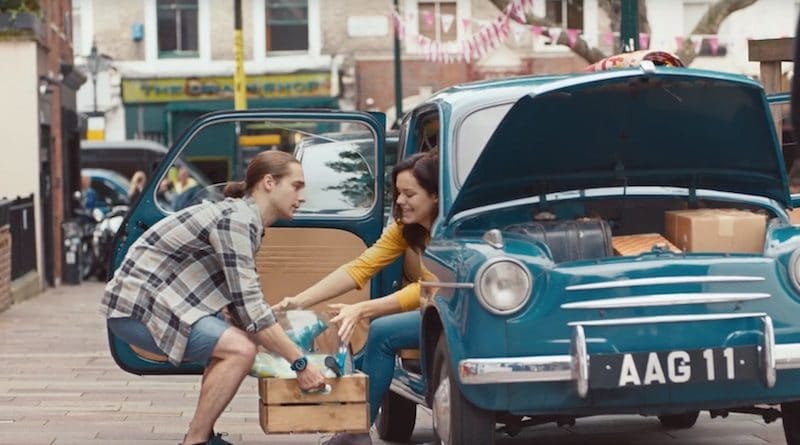 Samsung has teamed up with Cheil World Wide Seul on a marketing campaign to promote its new products. The creatives are designed to broaden the appeal of its devices beyond the typical fitness buffs and sports fanatics.

“Samsung passionately believes everyone should be aware of how they can improve their wellbeing, beyond those just monitoring their PB. The Gear Sport provides this more holistic approach to maintaining and improving health,” said Sungho Park, Senior Professional, Samsung.

A few weeks back, the South Korean tech giant launched three new products: the Gear Fit2 Pro, Gear Sport and an updated version of Gear IconX headphones. The company is all about water-proofing their technology this year, and both Gear Fit2 Pro and Gear Sport are swim proof.

While the GearFit2 Pro is on upgrade on last year’s device, Gear Sport is an entirely new wearable that offers a blend of fitness tracking and smartwatch functionality in one slim package. We caught a glimpse of it at IFA in Berlin and walked away suitably impressed.

While GearFit2 Pro is already available for pre-order (view on Amazon), Gear Sport is expected to launch ahead of holidays in Q4. Samsung is not wasting any time though. Its marketing department is hard at work promoting the devices with a “Go Beyond Fitness” headline. This is meant to convey the idea that Samsung’s wearables can boost overall wellbeing as opposed to just dishing out your step and calorie count, and giving you those 1 kilometer split times.

The films can be seen on YouTube and Samsung’s digital channels. The first in the campaign shows how everyday actions, such as going shopping or washing your clothes, are tracked as exercise.

New films will launch over the next year to further reinforce that these devices are not just as tools to help improve fitness and sport achievement but overall wellbeing.

“This manifesto film shows that fitness is not some special activity but a part of our everyday lives, and that Samsung Gear is designed for exactly that – everyday life,” says Kate Oh, ECD, Cheil Worldwide Seoul.

“Since most people are not serious athletes, I am pretty sure that young audiences will be able to see themselves in this film.”