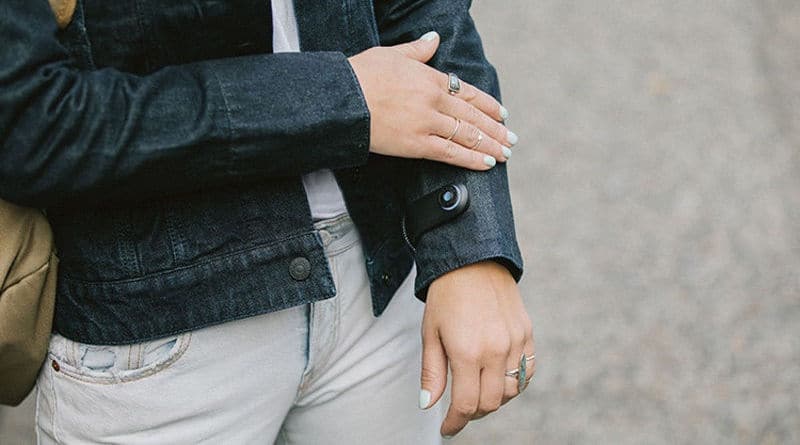 Originally announced at Google I/O back in 2014, the first generation of the garment is not just about looking cool. This is the first commercial product that uses the touch-sensitive fabric developed as part of Google’s Project Jacquard. The $350 jacket was originally set to lauch this Spring but ran into delays and only hit the shelves three weeks ago.

Slip this jacket on and you’ll be able to send commands to your smartphone while on the go. You can ask for directions, answer calls, control music playback and more. You also get notifications for incoming calls via haptic feedback and light. The jacket uses Bluetooth to connect the conductive yarns in the its cuff to your mobile device.

Essential reading: Moving away from the wrist – the best smart clothing

At Wall Street Journal’s D. Live conference in Laguna Beach, California, Levi’s CEO Chip Bergh said the next generation will add even more functionality. If it’s a feature that doesn’t require a screen, he said, then its possible it could be incorporated into version 2.0.

“I’ve been asked the question before, ‘When will you know if this is a success?'” Bergh said.

“My answer is, ‘I already know it’s a success, because we’ve learned so much about how to innovate by partnering with Google.”

The CEO of the 144 year old brand is of the view that the Commuter Jacket is just the beginning for smart clothing. In the future we can look forward to garments tracking lap turns or heart rate while exercising.

“”We have to honor our past,” Bergh added.

“But we have to also put one foot going very confidently into the future with innovation.”