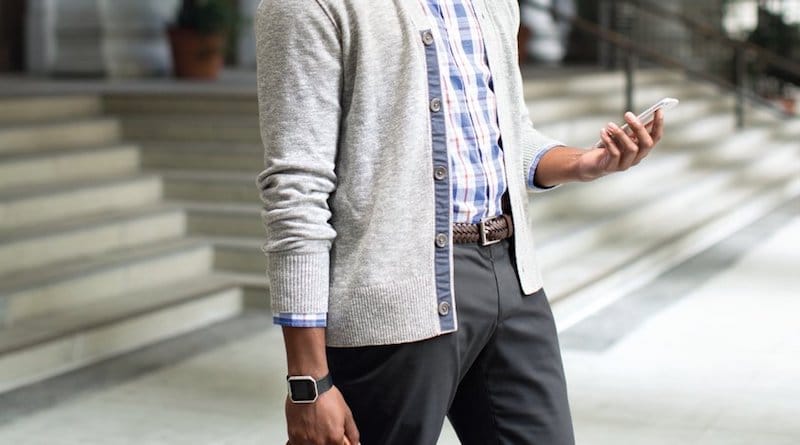 Interest in wearable technology is steadily rising according to a new report from Deloitte.

In 2017, US consumers were more likely to own a wearable than in the previous year, and were more likely to be interested in acquiring a fitness tracker or smartwatch than ever before. This is according to Deloitte’s 2017 Global Mobile Consumer Survey.

Fitness bands are still the most popular item, with some 23% of Americans owning a device or having regular access to one in 2017. This is more than twice the ownership two years earlier. Smartwatch penetration trailed at 13%, only marginally up on the previous year. The report says this could simply be an indication that consumers are awaiting the next, more powerful generation of smartwatches.

For comparison purposes, some 10% of Americans owned or had access to a virtual reality headset in 2017. eBook ownership was at 24%, just slightly ahead of fitness trackers.

By age group, wearable penetration is highest among ages 34 to 45 year olds. They lead in virtually every device category. 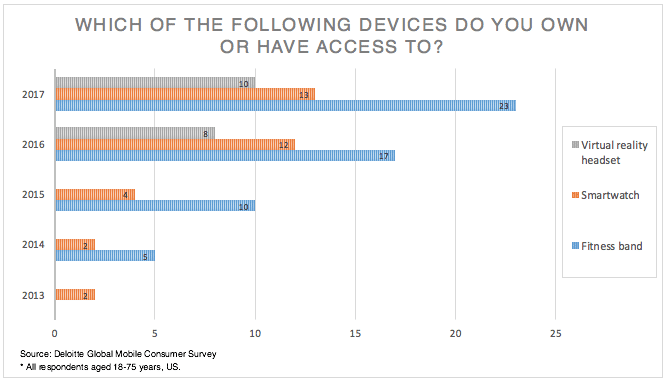 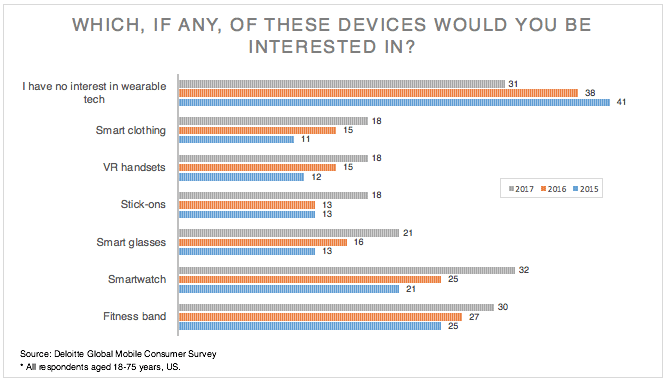 Smart-glasses trailed at 21% and this is very much a growing category. The same applies to virtual reality headsets and smart clothing which are still niche products, both at 18%. Less than a third of Americans surveyed said they were not actively thinking about purchasing a wearable device, down from 38% in the previous year and 41% in 2015.