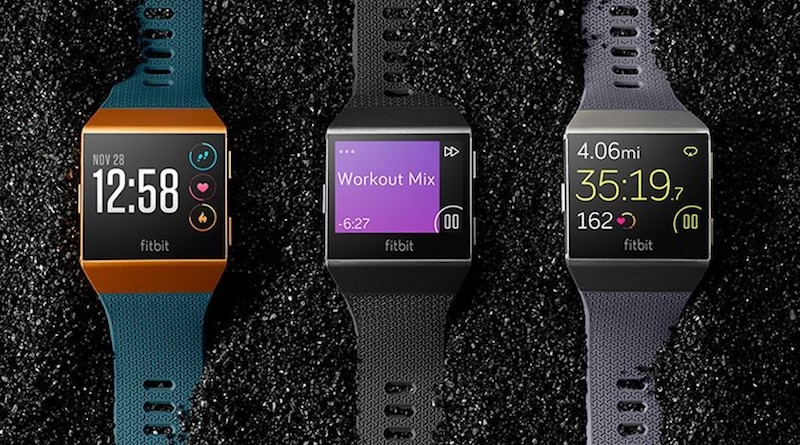 It seems Fitbit’s first attempt at a smartwatch is not exactly flying off the shelves.

Wearable technology has become a hot gift category during the holiday season in recent years. But as we enter the latter part of December and with Black Friday sales behind us, it looks like it hasn’t worked out as hoped for the San Francisco manufacturer.

On Thursday, analysts at Morgan Stanley said their checks found retailers have excess stock of Ionic, a result of sluggish sales. Fitbit was hoping the release of their shiny new device would help boost its fortunes in the final quarter of 2017.

International Data Corporation’s latest Worldwide Quarterly Wearable Device Tracker shows Xiaomi and Fitbit tied in first place with 3.6 million Q3-2017 shipments, or 13.7% of the market. This was a far cry, however, from Fitbit’s dominant 21.9% share in the same period in 2016.

“Continued inventory build for the Ionic leaves us more cautious on Q1,” Morgan Stanley analysts warned in a report on Thursday.

“Store checks show a continued build up in Ionic inventories since Black Friday even as sell-through reached holiday peaks.”

The $300 Ionic features 8 different sensors, on-board storage for music, smartphone notifications and Fitbit Pay. But the device is essentially a fitness watch. While it tries to cover all the bases in terms of non-fitness features, ultimately it falls short. It will take time for Fitbit to iron out the rough edges around the extra smarts. The last update we got from Fitbit was a slew of new apps and watch faces.

Adding to the bad news, on Friday, Stifel Nicolaus analyst Jim Duffy downgraded his rating on Fitbit’s stock from Hold to Sell. This sparked a selling frenzy and 9% drop in the company’s share price to a low of $6.19. The price has rebounded slightly since, and is currently trading at $6.39, but this is still down 15% since the start of the year and a massive 69% since the company went public in 2015. 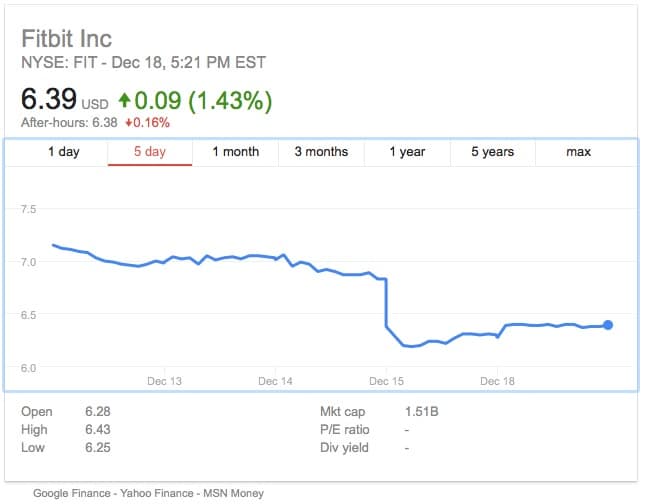 “Exiting 2017, innovation has failed to both unlock any meaningful healthcare business opportunities and inspire meaningful new consumer interest in the category,” Duffy wrote in his report.

“While monetization avenues in the digital health space remain conceptually intriguing, realization of the opportunity has been underwhelming to date and there is nothing tangible to point to return on the associated R&D investment spending.”

Its still too early to say whether Ionic will help Fitbit claw back a bigger share of the wearables market. What is clear, though, is that the company has been hurt by massive competition in the market, in both the high and low-end product range.