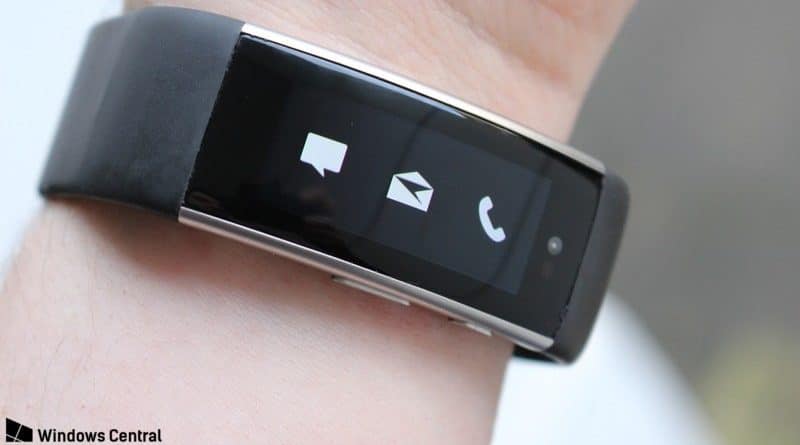 Although the Microsoft Band 2 was the most sensor packed fitness tracker around, the company ultimately killed the lineup and pulled the plug on the whole concept. But a leak has now emerged of the company’s third generation model. The wearable ultimately never saw the light of day but Windows Central obtained a prototype of the device and fired it up to see how well it would have worked.

The fitness tracker, which can be seen in the image above and below, is a band with a different clasp design and a higher-resolution AMOLED display but with the overall look of its predecessor. Most importantly, its slightly thinner and sturdier making it more comfortable around your wrist. This was perhaps the biggest complaint about the previous generation device, the fact that it was unwieldy and uncomfortable to wear.

True to the rumors, Band 3 is waterproof and is capable of swim tracking. It also features an electrocardiogram (EKG) sensor and an RFID chip. This is in addition to the optical heart rate sensor, 3-axis accelerometer, gyrometer, GPS, ambient light sensor, skin temperature sensor, UV sensor, capacitive sensor, galvanic skin response, microphone and barometer of the previous generation. All this makes for an incredible 13 sensors!

Band 3 comes with enhanced wellbeing tracking and can tell your stress levels, temperature and more. Perhaps the most interesting addition is the built in EKG for tracking blood pressure, a first for an activity tracker. Its questionable though whether the quality would have been good enough to make the readings useful. But it shows the tech giant was pushing the boundaries and treading in unchartered waters.

Unfortunately, we will never get to see the third generation tracker. It seems the device would have been a solid improvement over the original, both in terms of aesthetics and functionality.

Its now more than two years since the tech giant unveiled the Band 2. Microsoft has never revealed why it decided to scrap the whole concept. Perhaps it just didn’t see enough profit amidst modest sales and growing competition.