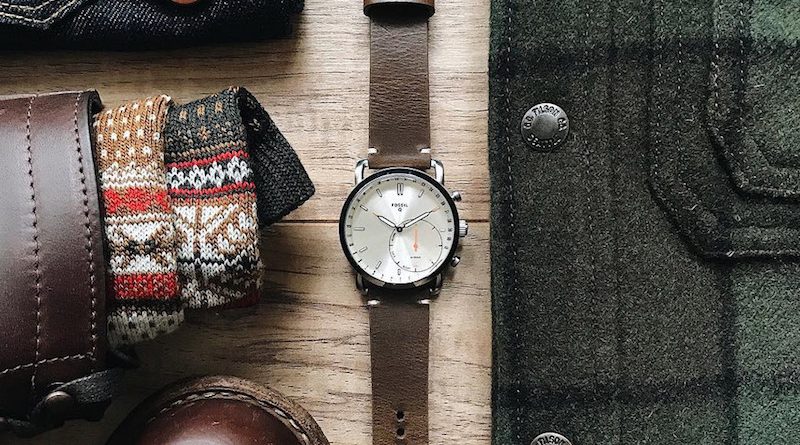 Fossil Group has made a big bet on wearable technology in recent years and it seems to be paying off. The company’s shares surged as much as 60% in after hours trading, after it was revealed its wearables division fueled a surprise sales gain in the holiday quarter.

The company which has an incredible 300 wearables under its belt, reported earnings and revenue that surpassed Wall Street expectations. Fossil also revealed that its sales of smartwatches and fitness trackers nearly doubled last year to more than $300 million, representing 14% of its watch revenue. 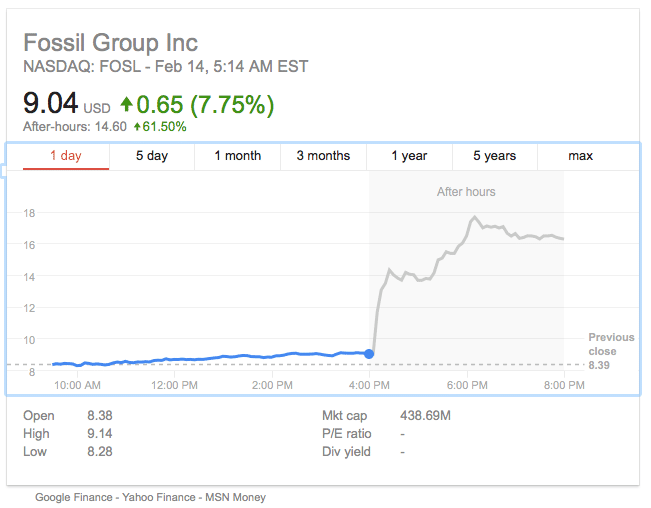 As shown in the chart above, the company’s share price climbed as high as $17.69 in extended trading. Even before the surge, shares were up 16% since the start of this year.

“The introduction of new smartwatches and innovation in traditional styles has us poised for stabilization and growth over time,” Fossil Chief Executive Officer Kosta Kartsotis said in a statement.

“In the year ahead, we expect to be a smaller yet more profitable company that is on a solid path for the future.”

Sales of traditional watches declined across all geographies, more than offsetting the growth in connected watches. Fossil’s revenue came in at $921 million in the fiscal quarter, falling from $959 million in the same period the year before. The figure came well above Wall Street expectations of $890 million for the quarter. The company expects restructuring charges of about $50 million in 2018, including $20 million in the first three months.