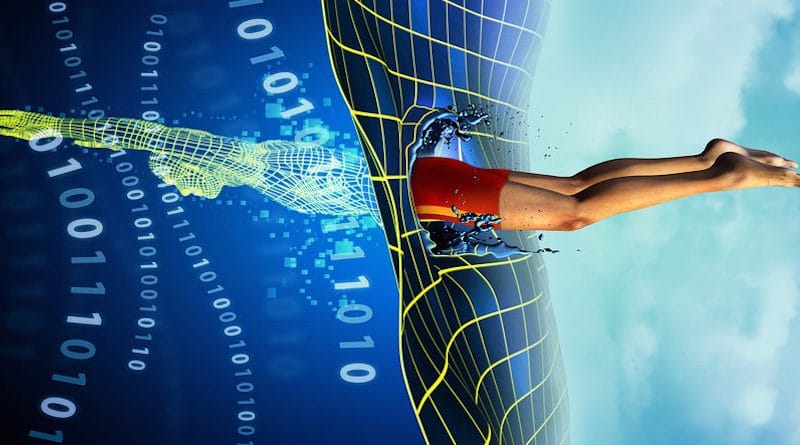 There’s been plenty of talk recently about how virtual reality is being incorporated into the fitness world, but traditional sports equipment and outfits will still be key to a gymgoer’s routine. It was recently reported by Zion Market Research that the fitness equipment industry will see annual growth of 4% by 2021 to a record $12.5 billion.

If you’re wondering what’s going to be big in the years to come, PureGym have scoured the world of patents to discover what some of the leading wearable fitness brands are working on. Here are a few of the products you might soon see in a gym near you.

Let’s face it, no one enjoys charging their fitness tracker, smartwatch or other wearable device. Adidas are looking to put an end to this by using our fitness activity to keep our monitoring devices ticking over.

In addition to counting your steps, distance and speed, this energy harvesting sole would generate electricity through the bending that comes from walking or running. It also has the ability to store energy for future use.

Patented by Under Armour

Under Armour is a well known American sports clothing and accessories company. Over the past two decades, it has become a leading innovator in the health and fitness space. Under Armour has also entered the wearables arena recently.

One of the company’s latest patents would see the company not only use materials – but chemicals – to optimise performance. Garments would be embedded with tiny wires that gradually release therapeutically effective chemicals that could be absorbed by the skin. For example this could include Magnesium, which is believed to be beneficial in regulating heart rhythm and reducing blood pressure.

Increased arterial stiffness is associated with an increased risk of cardiovascular events such as myocardial infarction and stroke, the two leading causes of death in the developed world. It’s definitely something we should be mindful of, but how?

Usually, to check up on this, you’d need to see a doctor. Until Nokia pulled the feature, you could also check it on its Body Cardio scale.

But Fitbit has recently filed a patent for a device that non-invasively measures arterial stiffness using pulse wave analysis of photoplethysmogram data. If it sees the light of day, the fitness band would allow you to check this metric while the body is under stress through activity.

Ageing is an inevitable fact of life. Or is it? If this patent’s anything to go by, there might be a way to reverse some of its effects.

As we age, our body’s ability to use amino acids to stimulate muscle protein synthesis diminishes. This may be partly responsible for the loss of strength and muscle mass we see in elderly people. Some say that exercise is the best anti-ageing pill, but Bioventures has an alternative in mind. They’re looking to develop a ‘super supplement’ that re-invigorates muscle growth in older individuals.

Companies like Apple have been producing smartwatches for several years now. The latest Apple Watch is one of the most popular fitness devices out there. It monitors all your fitness activity and allows you to make phone-calls, too.

However, the company is looking to bigger and better things. One of its patents details using light rays and pressure sensors to track blood pressure and study for any heart-rate abnormalities.

If created, these products could completely transform how we exercise.

“We’re excited to see the fully-realised versions of these potential game-changing products, and discover just how they can help to further revolutionise the fitness industry,” said Stephen Rowe, Chief Marketing Officer at Pure Gym.

“We look forward to seeing some of these products hopefully roll out throughout the next few years.”

You can see PureGym’s full list of products alongside their filed patents, on this link.