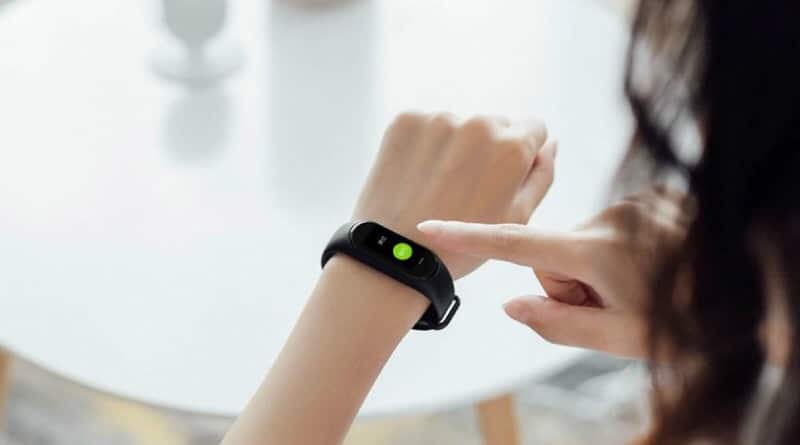 A slightly tweaked version of Xiaomi Mi Band 3 has been announced. It comes with some design improvements, new connectivity features and NFC support.

It may be only a few months since the launch of the hotly anticipated third generation Mi Band, but a slightly overhauled version is already in the works. Dubbed Hey+, it’s available now on Xiaomi’s crowdfunding platform Youpin.

The gizmo at first glance looks identical to Mi Band 3. And that’s becomes for the most part it is. But take a closer look and you’ll notice a slightly larger display. The 128×80 pixel/0.78 inch OLED screen has been bumped up to an AMOLED 240×120 pixel/0.95 inch display. The band is water-resistant and comes with a 120mAh battery which gives it 18 days of power on a single charge.

The improved version also has Bluetooth 4.2 connectivity and there is built-in NFC support for on-the-go payments. This enables Hey+ to be used as a transportation card in China.

Other than that, there is not much to write home about. The fitness tracking, notification and smart home features are pretty much the same.

Its worth pointing out, there has been some confusion in the media. This is a product that “works with MIJIA ” and has access to the Xiaomi MiOT platform. However, Hey+ is RYEEX Technology Co., Ltd brand so should not be misinterpreted as the Xiaomi or Xiaomi Ecosystem company brand.

As you’d expect, pricing is very budget friendly. The 229 yuan its going for on the crowdfunding platform works out to around $33 American dollars. Hey+ will be available for purchase starting September 20th.