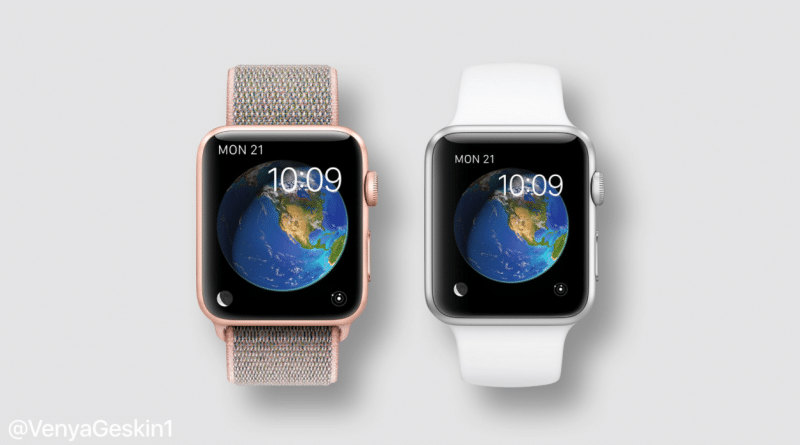 Latest news may prove Apple will unveil the next iteration in its smartwatch series pretty soon.

As always, the device is expected to bring solid improvements over its predecessor. Although nothing has officially been confirmed yet, there is plenty of speculation.

Perhaps the biggest difference, at least in terms of design, is the rumoured change in size. The display is expected to be 15% larger on this year’s Apple Watch. One way of achieving this would be to decrease the size of the bezels. The two pictures in this article show what this could look like on an actual device.

It is also anticipated the Series 4 device will come with the usual boost to processing power, activity tracking upgrades and who knows, perhaps even an increase in battery life. It couldn’t come too soon.

To date, three generations and four series of Apple Watch have been released. Apart from the original device which debuted in April, each subsequent series came out in September.

So when will Apple reveal all?

Right now Wednesday, September 12th looks like the most likely Series 4 launch date. So mark this date in your calendar. Along with the watch, the Cupertino outfit will reveal a trio of iPhones, including a larger iPhone X Plus and a budget phone with lower specs.

The day has been pinned by a number of different sources. One of these is BGR who have spoken to numerous Apple partners and third-party accessory makers who have instructions to lift embargoes on their products on the 12th. The date certainly makes sense given that Apple traditionally holds the event during the first or second week of September, with pre-orders opening up on that Friday.

Granted, there’s been no word from Apple yet. Unfortunately, the company leaves it until late in the day to send invites to the event. So it maybe at least another week before we find out for sure.