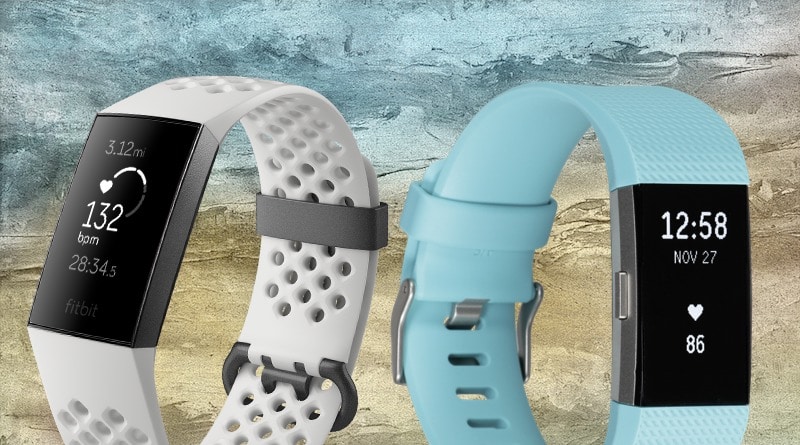 Fitbit has made Charge 3 official earlier this month. The device is pretty much a smartwatch disguised as a fitness tracker. It comes as an upgrade to the Charge 2, the most popular fitness wearable on the globe since its launch some two years ago. But lets face it, while the fitness band is still a best seller it was ripe for an update.

The San Francisco outfit is known for coming up with products for everyday users who want to get fitter and see how they are doing in real time on the wristband and also via the excellent free app and graphics-heavy desktop dashboard. The Charge series definitely serves this purpose. Its no wonder Fitbit devices have become the wearable of choice for many.

But do the differences between Charge 3 and Charge 2 mean its time for an upgrade? Read on to find out.

When it comes to fitness trackers, Fitbit has not strayed very much from its signature look over the years. You can definitely recognise Charge 3 as your typical Fitbit wearable. At first glance, not all too different from its predecessor.

But look closely and you’ll notice some important design changes. The most obvious is the bigger OLED display. In fact, its 40% larger on Charge 3. Furthermore, the backlit screen is fully responsive to touch, it supports gray-scale colours, and benefits from a resolution boost.

The display on Charge 3 automatically adjusts to changes in lighting conditions so you can easily view your stats at any time, indoors or out. Swipe up to access the dashboard and in other directions to access other functionality. This is also Fitbit’s first wearable with an inductive physical button.

Finally, Charge 3 is built of more lightweight material than its predecessor. This includes an aerospace grade aluminum case and Corning Gorilla Glass 3 display. Its thinner, too, so looks less chunky on your wrist.

Launched in 2016, the Charge 2 has become perhaps the most recognised fitness tracker in the world. It comes with a single physical button on the right which you can use, along with tapping on the B&W display, to cycle through the stats. You will be much more dependent on that physical button that on Charge 3.

Straps carry standard watch-style clasp mechanisms and are interchangeable, so you can tailor the wearable to your liking. There are three different sizes to choose from. Charge 3, on the other hand, is a one-size fits all affair.  In the box it comes with a large and small strap which you can use depending on your wrist-size.

Under the hood, there is very little to separate the two. Both come with an optical heart rate sensor, 3-axis accelerometer, altimeter and vibration motor. Fitbit says the heart rate sensor on Charge 3 has benefitted from design improvements and will offer better accuracy during exercise.

Charge 3 also comes with a relative SpO2 sensor. This measures blood oxygen levels and could be used to identify sleep apnea and other medical conditions in the future. This is the same sensor you’ll find on Ionic and Versa, but we have yet to see it put to real-world use.

Battery life is always a compromise between size, screen resolution and more. Fitbit knows this is an important selling point when it comes to something that keeps tabs on your fitness around the clock.

Both of these devices have a rechargeable Lithium battery with decent battery life. Charge 3 will keep going for around 7 days, which is two more than its predecessor. Not a huge difference but a healthy upgrade nevertheless.

The bigger difference is in water resistance. Charge 3 has a water-resistance rating of 5 ATM which means you can dunk it down to depths of 50 metres. It will track your swim sessions, too. Charge 2 is only sweat, rain and splash proof so don’t even think about submerging it under water.

Both of these devices are quite good when it comes to 24/7 activity tracking. That’s what Fitbit is known for. They’ll keep tabs on your steps, distance travelled, floors climbed, active minutes, calories burned, sleep and heart rate (including current, resting and heart rate zone information).

The trackers spit out motivational messages through the day and nudge you with move reminders if you’re having a particularly lazy day. There is also automatic activity recognition which means you will get credit even if you forget to log a workout.

There are some subtle differences, though. The most obvious one is that the larger screen real-estate on Charge 3 means its easier to read everything, particularly during workouts.

The other difference is the above-mentioned design upgrade to the heart rate sensor. While Charge 2 is good at estimating resting heart rate, at high intensity activities accuracy tends to suffer. This should not be as much of a problem on Charge 3. Fitbit says the tracker provides a better measure of calorie burn and resting heart rate, too.

Charge 3 also comes with an auto-stop feature for runners. This automatically pauses the exercise mode if, for example, you need to stop for a traffic light or tie your shoe-lace. You can also now do more direct from the device screen such as setting goals without heading to the app.

Its worth pointing out, neither of these devices has built-GPS. If you need this, look elsewhere. The company has presumably done this to keep the cost low and battery life high. The Connected GPS means Charge 2 & 3 tap into your smartphone for a satellite reading.

Finally, lets not forget the Female Health Tracking functionality. Just like some other devices in Fitbit’s lineup, the feature is accessible on Charge 3.

While there is little to separate the two in terms of fitness tracking, the bigger difference is in the smart features. Charge 3 is essentially a smartwatch disguised as a fitness tracker.

While both devices show basic notifications, Charge 3 comes with the ability to reply to messages (for Android users) and the option to accept or reject calls. It also comes in a slightly more expensive Special Edition version, that has an NFC chip for contactless payments.

Much like the Versa and Ionic, Charge 3 also comes with apps. This includes Alarms, Timer, Weather, Calendar, Fitbit Leaderboard, as well as popular third-party apps that will be added in the coming months. Unfortunately offline storage for music or a way to control your smartphone music remotely from your wrist in not available on Charge devices.

When it comes to fitness, Charge 3 and Charge 2 are similar animals. The main difference is that Charge 3 sports a slightly more accurate heart rate monitor and comes with an SpO2 sensor which Fitbit will, hopefully, put to actual real-world use in the near future.

The bigger differences are in terms of design and smart functionality. Charge 3 sports a 40% larger screen which is fully responsive to touch. It also comes in a water-resistant wrapping and will track your swim sessions. With a plethora of apps, NFC for payments (for the Special Edition), Quick Replies and more, the device is starting to blend the line between fitness trackers and smartwatches.

So do these upgrades mean you should shell out for a new fitness tracker?

Well, it really depends. If you own a Charge 2 and do not need waterproofing, NFC for payments and are happy with the small screen – it doesn’t make too much sense to upgrade. After all, Charge 2 remains a decent device. If on the other hand you are a first time buyer, need the new features and don’t mind a price difference, Charge 3 is the way to go.

23 thoughts on “Fitbit Charge 3 or Charge 2: should you upgrade?”