IFA is in full swing right now, right up until Wednesday, September 6th. Europe’s biggest tech gathering will see a quarter of a million people descend on the halls of Messe Berlin. Big and small brands alike are at the event, showcasing their latest gadgets. Fitbit is a regular at the show and this year it brought along its shiny, new Charge 3 device.

As the leaks predicted, this is pretty much a smartwatch disquised as a fitness tracker. It comes with a full-touch screen, water-proofing, 7 days battery life, smart features, an added sensor and more.

As you walk towards Fitbit’s stand at IFA, there’s no mistaking what the San Francisco outfit wants you to see. Sure you get the full range of its fitness trackers and smartwatches, but to get to them you need to squeeze past a house sized poster of its Charge 3 device. Right center stage there it was. The much talked about new wearable.

Holiding it in your hand, it feels strangely familiar. That’s because its not a distant cousin of Charge 2, its a better looking sibling – clearly recognizable, but a shinier and more premium version. There was a range of colours on display, the one that particularly caught my eye was the white sporty looking iteration.

Straps carry standard watch-style clasp mechanisms and are interchangeable, so you can tailor the wearable to your liking. Unlike its predecessor, this is a one-size fits all affair. In the box Charge 3 comes with a large and small strap which you can use depending on your wrist-size.

What strikes you right away is just how lightweight it is. On your wrist you’ll hardly feel that its there. In fact, despite the bump in specs, its slightly lighter and a fraction thinner than its predecessor.

The OLED display is bright and clearly legible. Its 40% larger than on the Charge 2, and this is perhaps the most important improvement over its predecessor. The larger display makes it much easier to see your stats. Furthermore, the high-resolution, backlit screen is fully responsive to touch and supports gray-scale colours (versus just B&W). It is a thing of beauty.

Swipe up on the touchscreen to cycle through daily your fitness stats, swipe down to see notifications, swipe right to open up the exercise, relax, timers, alarms and settings screen. Everything feels very responsive and slick. If you’ve ever used a Fitbit device, you’ll feel right at home. No learning curve here.

Then there is a the inductive button. Fitbit has done away with the physical button in order to improve water-resistance. And improve they did. Charge 3 is swim proof with its 5 ATM rating, which means you can dunk it down to depths of 50 metres. It will track your swim sessions, too.

Packed under the hood is Fitbit’s full gamut of sensors. This includes a 3-axis accelerometer, optical heart rate monitor, altimeter, vibration motor and NFC (in special editions only) for payments on-the-go. The relative SpO2 sensor is also there, but we are still waiting for Fitbit to put it to good use. It has the potential to monitor for conditions such as sleep apnea in the future. Battery life is a pretty decent 7 days on a single charge.

Unfortunately there is no built-in GPS. Like most other devices in Fitbit’s range, you’ll get Connected GPS which means the tracker piggy-backs on your smartphone for readings.

So what else is new?

Fitbit says the heart rate sensor has been improved and is much better at keeping tabs on your ticker during high-intensity activity. There is the auto-stop feature for runners and Fitbit’s Female Health Tracking functionality.

Charge 3 also comes with the ability to reply to messages (for Android users) and the option to accept or reject calls. I couldn’t test any of this but the larger screen will make notifications a much more useful feature.

Like the Versa and Ionic, Charge 3 also comes with apps. This is where it starts to blur the line between fitness trackers and smartwatches. The apps include Alarms, Timer, Weather, Calendar, Fitbit Leaderboard, as well as popular third-party apps that will be added in the coming months. Unfortunately offline storage for music or a way to control your smartphone music remotely from your wrist is lacking.

For Fitbit fans out there, the big question of course is whether they should upgrade?

Charge 3 currently retails for the same price as Charge 2. Once it starts shipping in early October, its inevitable the price of its predecessor will drop.

If you already own a Charge 2, you will be paying the extra cash for a bigger screen, water-proofing, slightly longer battery life and a few fitness tweaks. Unless you’ve had your device for a while and the wear and tear is starting to show, it probably doesn’t make too much sense to upgrade.

But if the new features are important for you or you are in the market for a new fitness tracker, its a no brainer. Charge 3 is clearly the way to go. I have no doubt the company is sitting on another best seller here. 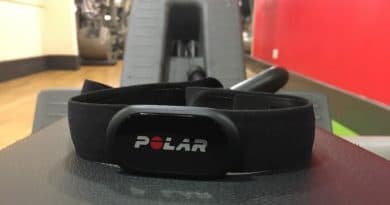 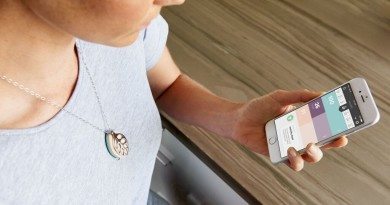 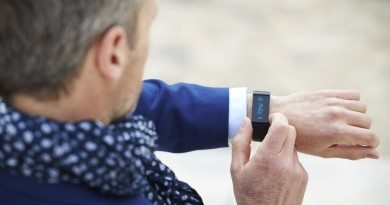